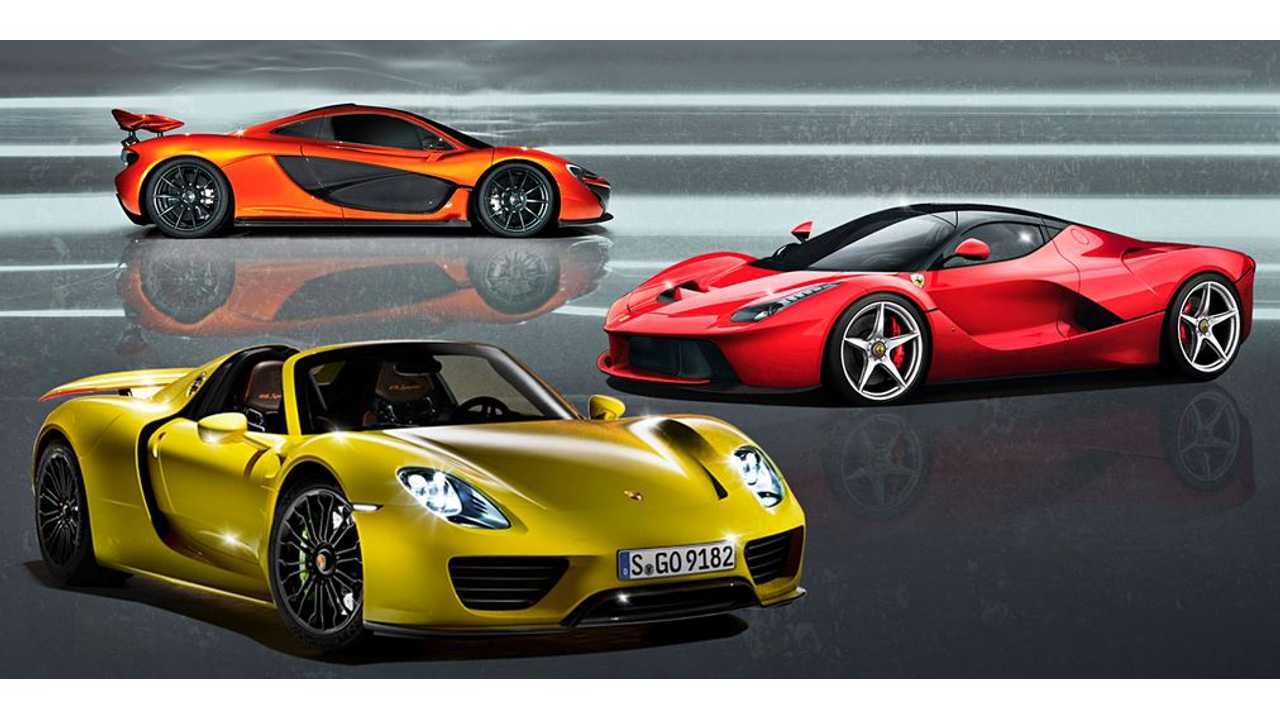 Which radical hypercar out of the Porsche 918, McLaren P1 and Ferrari LaFerrari would you choose?

For us, despite having not driven them (call us exotic automakers), it's Porsche 918 all the way, but a select few media outlets have had the opportunity to test all three.  The conclusion?  There's no loser in this crowd.

Autocar presents its take on these 3 hypercars from the rare perspective of having driven all of them.  Autocar states:

"Three very different hypercars, all unleashed upon the world at broadly the same time, with spookily similar levels of potential to amaze and entertain their lucky owners."

"Having been one of the very fortunate few to drive all three, albeit on separate occasions and in different circumstances, here are some initial thoughts about how they compare."

Below we'll quote a few passages from this three-way comparo.  For the full comparative review, head on over to Autocar.

"The Ferrari feels quickest in a straight line, just, followed closely by the P1 with the 918 being merely incredible back in third place. "

"What separates them mostly obviously here, though, is the way they harness and redeliver their electric power. In the 918 and P1 you quite quickly run out of e-puff if you drive them hard for sustained periods..."

"In the Ferrari, however, you harvest power all the time, and there is no 'e-mode' as such. As a result, you have access to the full 950bhp all of the time..."

Autocar stops short of declaring a winner, instead stating:

"One day soon we sincerely hope we will put all three of these cars on the same piece of road, at the same time, and come up with The Answer."

"But until then it would be naïve and just wrong, frankly, to do anything more but speculate – and celebrate three of the craziest cars there have ever been. So, until then..."

In Autocar's opinion these three seem so evenly matched that picking a winner is probably pointless.  All are winners and, more importantly, all three use electric power.  Only problem for us is that the Ferrari doesn't plug in, while both the 918 and P1 do.  So, immediately the Ferrari is out of the mix for us.  Which of the remaining two would you buy (ignoring price, of course)?