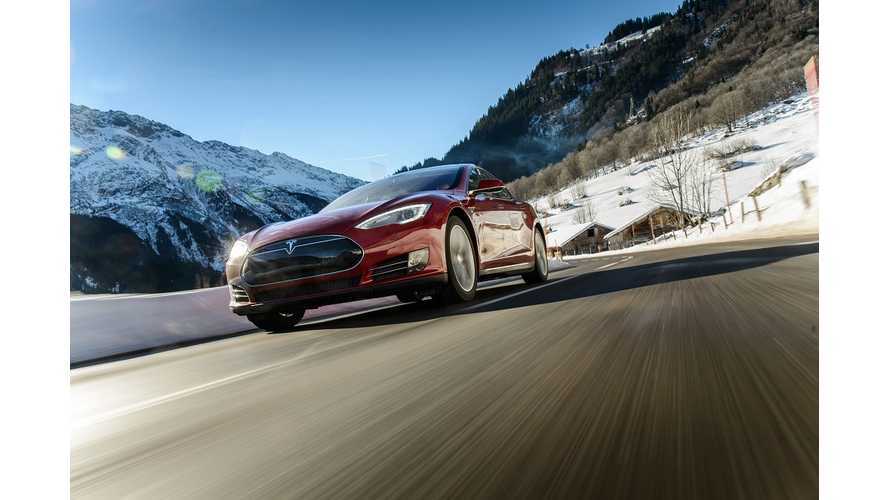 "Electric cars might still be a rarity on many roads but, thanks to improvements in battery technology and charging infrastructure, price cuts and government grants and other schemes, the vehicles are starting to gain in popularity. A look at three of the best currently on the road."

Before moving on to the Top 3 selections, let us first state that the criteria is that the vehicle be purely electric and that it be widely available around the globe.

In no particular order, here's the a look at RelaxNews' Top 3 with a condensed explanation for selection:

"Since its launch in 2011, the Leaf has achieved sales of over 100,000, making it the world's most popular electric car. Part of this has been achieved through aggressive advertising, by discounting and through government-backed schemes, but, fundamentally by constantly improving the car as technologies develop."

"As a result, the latest generation Leaf is capable of traveling 200 km on a single charge. It is also more comfortable and roomy when traveling that distance, thanks to reworked suspension, the introduction of higher cabin specifications..."

"The other big change since the car's launch has been available charging points."

"And, in P 85 Performance + guise it can compete with the best that BMW and Mercedes have to offer in terms of performance, comfort and looks, while still offering emission free motoring."

"Like Nissan, Tesla has been hard at work putting in the charging infrastructure necessary to make its cars more practical and has already managed to build a US-wide network of superchargers that can add a 50 percent charge to a battery in 20-30 minutes."

"The German company, with a reputation for building drivers' cars has, unsurprisingly, taken a slightly different approach to a number of electric carmakers with its first truly environmentally friendly offering."

"Its lightweight, battery-powered city car, the i3, uses carbon fiber to keep weight down and rear-wheel drive to make the car fun to drive. It's also pretty fast -- 0-100km/h in just a smidgen over 7 seconds."

"However, the nimble handling and acceleration come at a cost -- range. To keep the weight down, the battery is small and is only good for 130-160km before a recharge is needed."