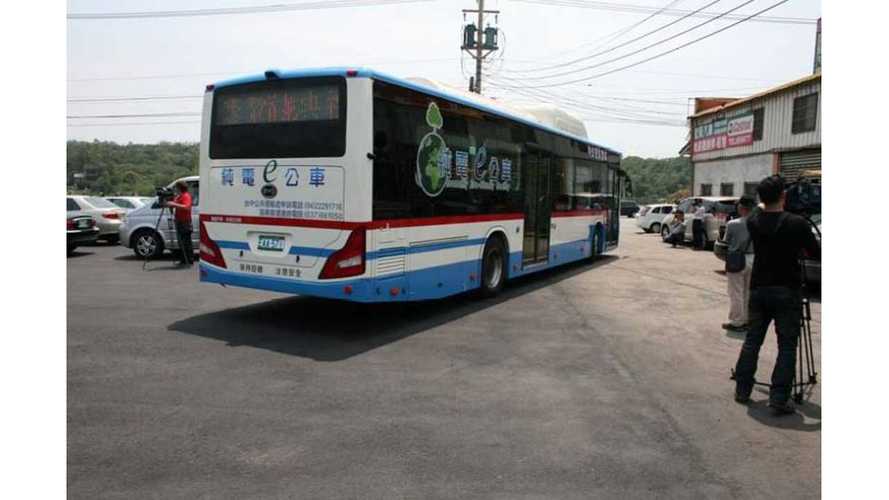 BYD announced that for the very first time it has delivered electric buses to Taiwan, yet another country with Chinese mass transit EV.

“We are very glad to be BYD’s first customer in the Taiwan market. We chose these long-range transit buses to combat rising fuel costs as well as to protect our environment. They will surely be a success on the streets and on our balance sheets.”

According to BYD, over 1,000 of such buses are around the world and have completed more than 25.2 million kilometers (or nearly 16 million miles) of revenue service.

"BYD’s eBus will provide a new environmentally-friendly, green option for people in Taiwan when they ride the shuttles in the city. What we do today plays a great role in environmental protection because replacing one Diesel or CNG bus is equivalent to avoid the CO2 of 33 private cars on the road. This historic first delivery to Taiwan symbolizes a unified goal for a cleaner tomorrow on both sides of The Taiwan Strait is hopefully the first of many to come.”