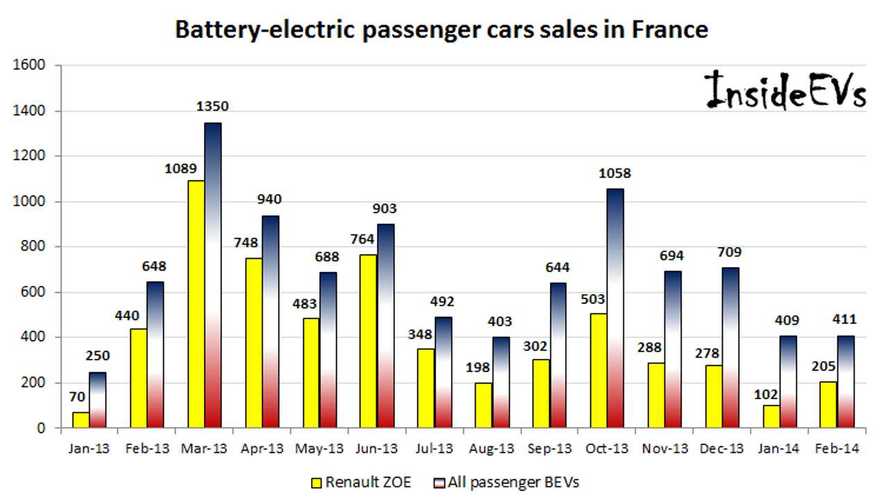 Last month, the French market for electric cars shrank significantly compared to the previous year, despite some new models being introduced.

411 total registrations of passenger EVs is about 37% less than in February 2013, when numbers were inflated by Renault ZOE deliveries to first customers.

Renault ZOE with 205 units sold in February 2014 moves back into first place after lose that position in January. Sales of Renault's flagship are however over two times lower than a year ago. This weak showing moves the ZOE to #114 in model rank among all passenger cars and gives it only 0.1% market share.

Nissan LEAF is second with 94 new registrations in February 2014.

The rest of the pack has 28 combined sales with 3 for VW e-up! and 3 for the Ford Focus Electric.

Electric LCV sales continue to fall from 352 last year to 295 this year (-17%). Renault Kangoo Z.E. stays in the lead with 173 registrations and 58% market share. Interesting is that Goupil G3 and G5 vehicles had relatively high sales of 48 and 34, respectively.