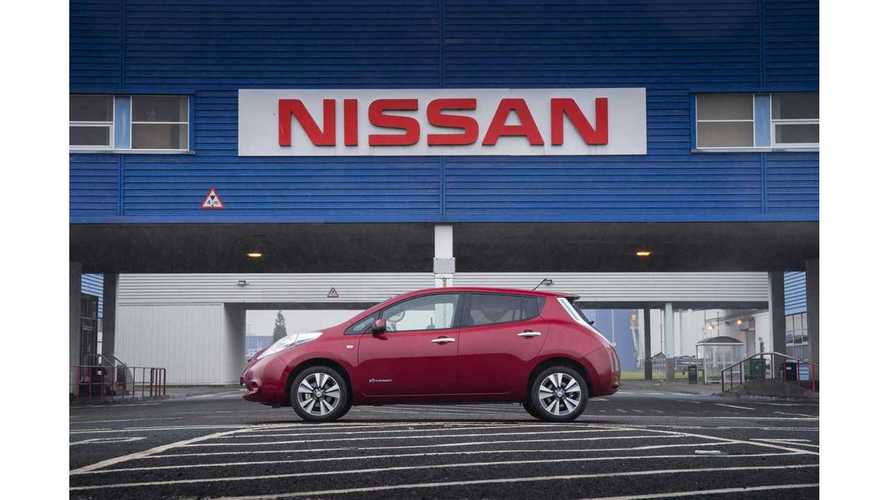 The Japanese company has in Sunderland a factory that produces European LEAFs and batteries.

This is not strange if we take into consideration that Nissan is benefiting probably the most from current batch if incentives. LEAF sales in UK surged to new high and accounted for almost half of the Plug-in Car Grant claims in Q1. This £5,000 grant will be extended to 2020 and with £200 million reserved for 40,000 cars, Nissan could see the benefits from £100 million of those funds.

As the Sunderland Echo reports:

“Nissan is at the forefront of the UK’s pure electric vehicle market, boasting the world’s best-selling electric vehicle, the Nissan Leaf and the 100 per cent electric e-NV200 van, which is due for launch in June,” said a spokesman. “With this in mind, Nissan welcomes today’s commitment from the Government to bolster the uptake of electric vehicles beyond 2015."

“It is particularly pleasing to see the continuation of purchase incentives for plug-in cars and the introduction of measures that will enhance infrastructure and help to create the right environment for electric vehicles in the UK.”

Nissan, and others, will benefit from incentives on charging infrastructure.

The second part of the the Sunderland Echo article is on a Sunderland Royal Hospital doctor becoming the first person in the North East to pass his driving test in a Nissan LEAF.  Now that's interesting too.