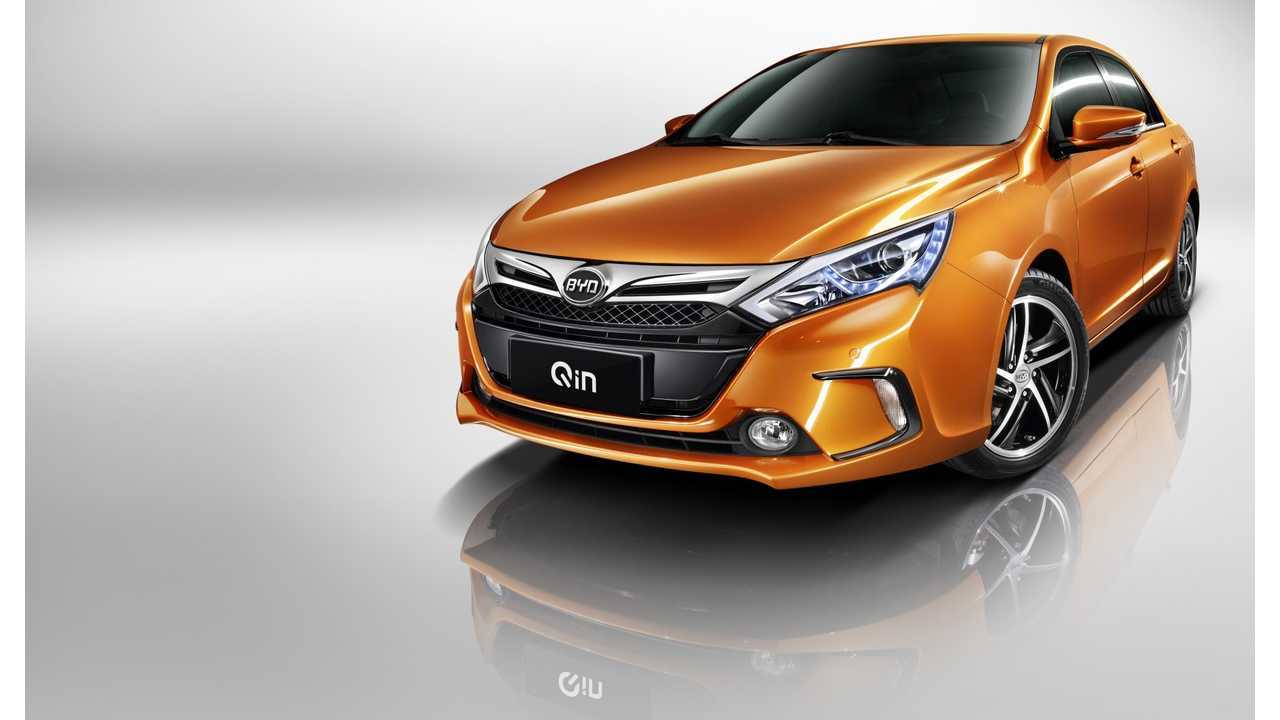 BYD Qin Taking Down the Competition?

BYD boasted that its Qin plug-in hybrid electric car is selling so well that the automaker has had trouble meeting demand.

According to China’s National Passenger Car Association, Qin was introduced in China in December 2013 and is already “China’s Best-Selling Electric Vehicle”.

BYD Qin now has over 50% market share of NEVs (New Energy Vehicles) in the first quarter of 2014, which is still not even over.  The Qin has an extended all-electric range of up to 43 miles.

"In the first weeks of 2014, more than 6,000 vehicles were sold accounting for over half (50%) of the Chinese new-energy vehicle market."

As both Shanghai and Beijing announced earlier this month that they will now permit BYD new energy vehicles to qualify for local municipality green-vehicle incentives and be licensed in those regions, the Chinese market for electric and plug-in hybrids from manufacturer BYD should really take off.

“the news that QIN is a top selling vehicle should come as no surprise as there is simply no other vehicle this fast, efficient, stylish and affordable on the market, anywhere.”

The strong points of Qin's specifications are 0-100 km/h (60 mph) in 5.9 seconds acceleration and consumption of just 1.6 liters of fuel for every one-hundred kilometers (~62 miles), according to BYD.

On the horizon there are new models including an electrified SUV:

"This is only the first of many of BYD super-electric vehicles launching as the electric version of the S7-styled SUV internally named the Tang (pronounced “Tah-ng”) is set to be released later this year. The QIN is currently available to domestic Chinese and Latin American markets and senior officials at BYD have discussed expanding exported versions of these new energy vehicles in the coming years."