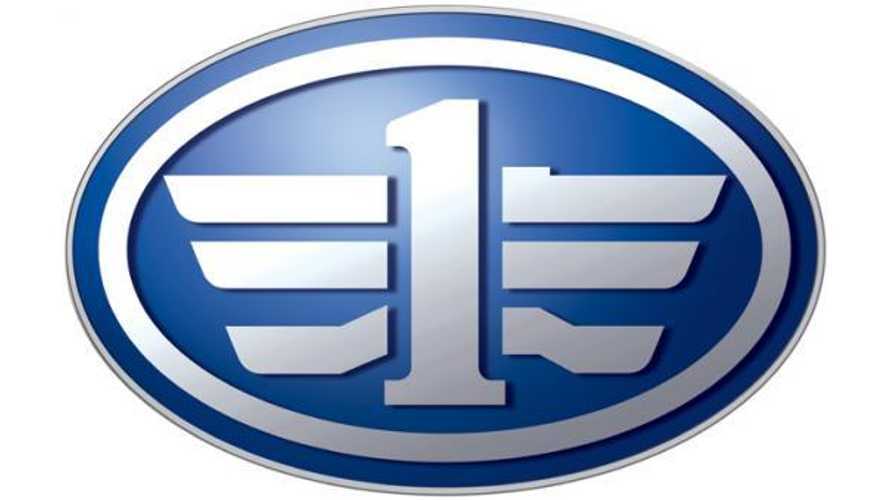 However, FAW is behind the times in regards to plug-in electric vehicles.

“We will first target cities that are under the greatest pressure to cut air pollution, particularly those that have set limits on new car licenses."

Those cities include Beijing, Tianjin, Shanghai, Hangzhou and Guangzhou.

Back in 2011, FAW ready itself for the possibility of manufacturing electric vehicles in the future.  The automaker invested in a facility capable of eventually producing up to 20,000 plug-in vehicle annually.  That facility has been used to produce a few hundred plug-in vehicle for use in trial programs.  FAW says the trials provided the automaker with the expertise it needs to move forward with mass production of plug-in vehicles.

“We have accumulated ample experience on recharging and maintenance of electric vehicle batteries in extremely cold climates.  We hope to sell several thousand units by next year.”

Several thousand is just the beginning though as FAW's long-term plans eventually call for tens of thousands of plug-in vehicles produced every year.

Dai adds that FAW hopes to establish a working business model for charging stations, too:

“The returns of independently-invested recharging stations are very low, but this does not mean it won’t be lucrative in the future.  We are also looking at the business model, and that’s why we are building some charging stations ourselves to gain some experience.”

Aside from BYD, an automakers who's already heavily invested into plug-in vehicles, China has Roewe and now can add FAW to the list of serious players in the electric vehicle space.