President Obama Checks Out Made In The USA Electric Minibus 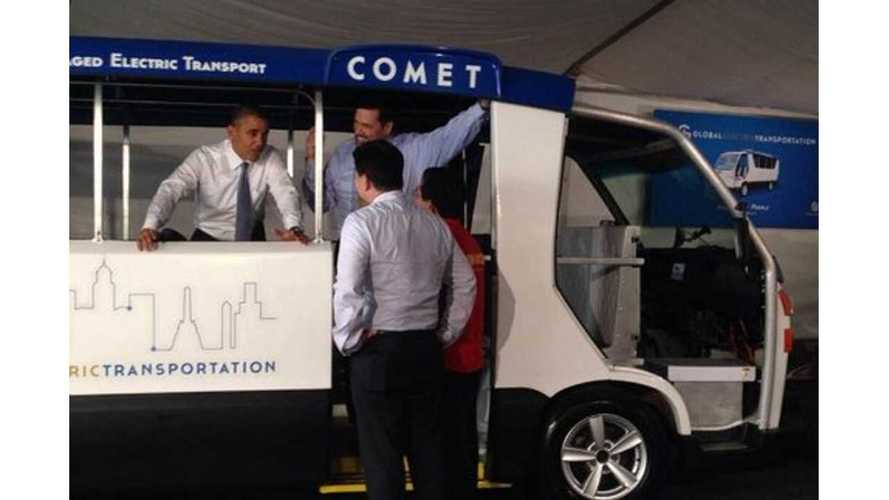 During a recent weeklong trip to Asia, President Barack Obama checked out a US-made electric minibus that's replacing some of the 50,000 diesel jeepneys in Manila.

Pangea has teamed with Global Electric Transportation (GET) to deploy Comet in Manila.

“Actually, the biggest deal for him is air pollution. If you guys can get this thing to work, it will be of big benefit."

“He’s a big climate change guy. And that’s what we’re looking at.  The way we were explaining it to him was that while many people are building electric vehicles for individual consumers, we build vehicles that are for mass transportation."

"The Comets feature safe and efficient lithium battery technology, providing up to a 100km (60 mile) range on a five-hour, 220 volt charge."

Each Comet is expected to sell for $20,000 to $30,000.  But with such a massive deal in place, we suspect Pangea is providing a discounted rate for the Comets bound for the Philippines.  And with a backlog of 15,000 orders, it'll be some time before we see Comet somewhere outside of the Philippines.