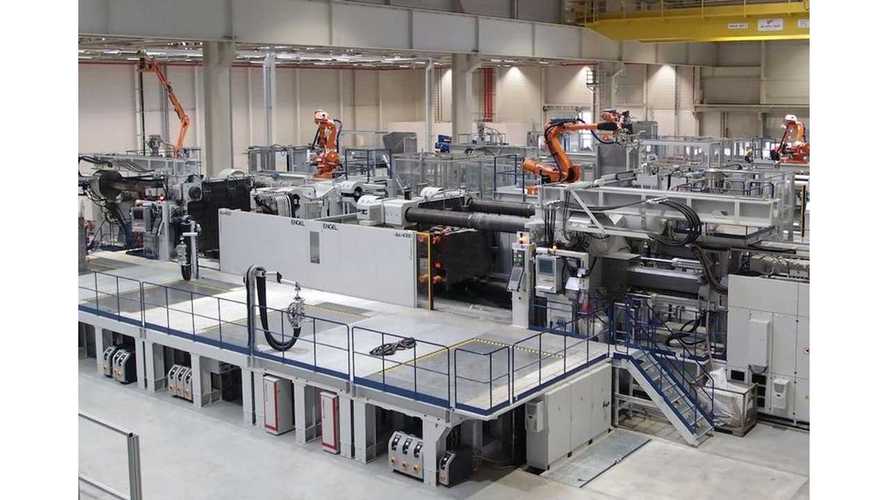 Demand for the BMW i3 is higher than BMW had anticipated.  This has convinced the German automaker to order two additional ENGEL molding machines for the i3 body shell components.

This doesn't imply that production of the i3 will exceed BMW's previous annual capacity announcement of 30,000 units, but rather shows us that BMW wasn't exactly sure if demand for the i3 would be soft or inline with its production capacity.

Now that BMW knows there's ample demand for the i3, it's readying for production to get kicked up to that 30,000-unit annual target.

Here's the press release from ENGEL on BMW's ordering of two more body molding machines.  It's worth mentioning that machines such as this typically take months to be built and put in place, so don't expect i3 production to magically increase anytime soon.

The latest order includes two large-scale ENGEL duo machines with 40,000 kN clamping force integrated as a double system. In master/slave mode, both machines can be synchronised to injection mould and complete two components at the same time. This manufacturing principle makes sure that both components undergo exactly the same material aging process and that the high quality requirements are met.

As the general contractor for the manufacturing cells, ENGEL has taken responsibility for incorporating automation into the entire system. Both machines are fitted with a multi-axis robot. ENGEL delivered the first manufacturing cells of this type to Leipzig back in March 2013.

ENGEL AUSTRIA is a leading supplier of lightweight solutions for the international automotive industry. At its technology centre for lightweight composites, which opened in 2012 in St Valentin, Austria, ENGEL develops new technologies and processes for the manufacture of fibre-reinforced composite material in conjunction with partner companies and universities. With its system and automation expertise, ENGEL adds an important success factor for highly efficient production concepts to the world of composites, which is still heavily dominated by manual methods.