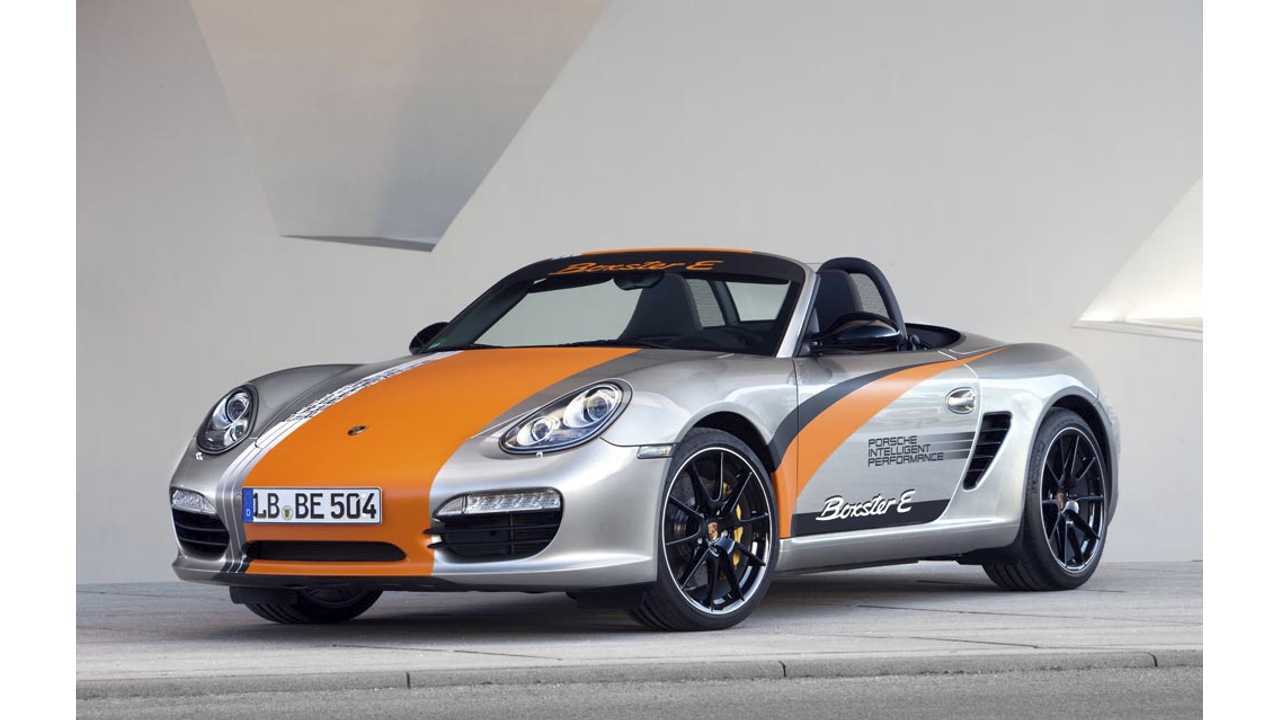 Porsche CEO Matthias Müller doesn't go on record often, but when he does it's usually for a reason.

"The range of pure electric vehicles would, in my view at least 300, better be 400 kilometers."

The CEO is referring to Porsche launching a BEV.  He says that's certainly an option for Porsche, but range needs to be a minimum of 300 km (186 miles).  Well, the Audi R8 E-Tron has more than that for a range rating, so Porsche will have no issue hitting that minimum 300 km if it borrows tech from Audi.

Porsche has been actively developing a pure electric Boxster prototype since 2011.  Porsche CEO says the electric Boxster is constantly being developed, which leads us to believe it's ready to go if Porsche decides to green light it.

Porsche's CEO made one more statement, this one in regards to range-extending engines in plug-in vehicles:

"...because from the range extender I personally think nothing at all."

Google Translate messes that one up, so allow me to paraphrase the CEO's words: