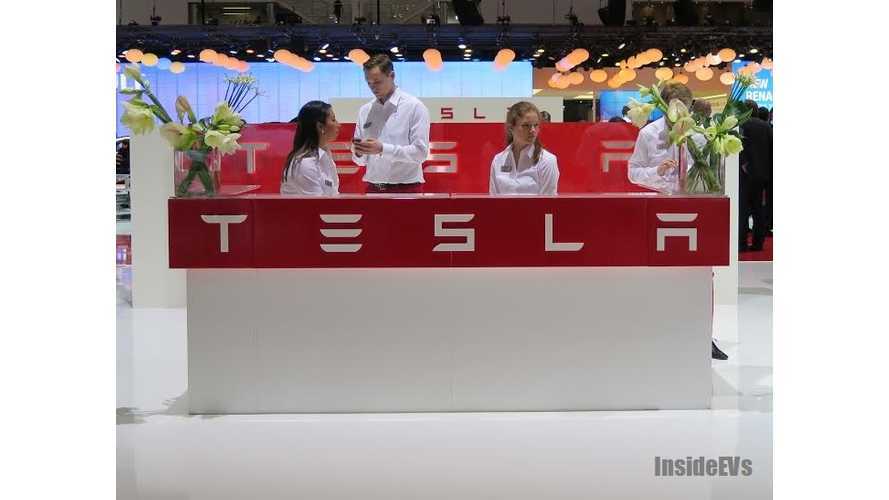 It's amazing what the prospect of a $5 billion dollar factory with thousands of new jobs up for grabs will do for a state's opinion of your business model.

...at least that is the case when it comes to Arizona and Tesla's new "Giga factory"

Arizona is already one of four Tesla pre-selected states in the running for the super factory  (the other 3 are New Mexico, Nevada and Texas); the only problem is that you can't actually buy a Tesla in the state because legally the California company has to have a traditional dealership model in place before they are permitted.

Enter House Bill 2323; which will now allow automakers to sell directly to customers in Arizona; provided they only make plug-in electric vehicles and also operate a service center within state lines.

In a very 'opposite-to-what-happened-in-New-Jersey' ... but not really move; the bill originally had nothing to do with automotive sales at all, and was just amended on Wednesday by Sen. majority leader John McComish to include the Tesla provision before quickly passing 3-2.

The final ballot, seen as a technicality, heads to the full Senate shortly after a routine review in another committee.

Naturally, the other auto makers are very pleased (sarcasm):

"Tesla is asking for a special exemption for them to have a separate set of rules for their electric cars," Mike Gardner, a lobbyist for the Alliance of Automobile Manufacturers, told the Senate Commerce, Energy and Military Committee. as reported by AZCentral "What we're opposed to is allowing one of our competitors to go around the dealer network and sell directly to consumers. We think we should all be treated the same."

For what it is worth, lawmakers say this about-face has nothing to do with the prospect of having Tesla's "Giga factory" in their state (which we all completely take at face value of course).

"I don't want to send a message, even though this is not a quid pro quo.  I want the message from our state to be that we welcome the opportunity to work with large successful companies with this size market cap." - Senator Bob Worsley, Rep-Mesa.

The Senate leader said it was a "pre-emptive" strike against a law (established in 2000) that could lead to the outright banning of Tesla in the state - customer's can currently only browse at a Tesla boutique in Scottsdale, Arizona, but still order online.

"What has happened...is that in some states, they are moving to outlaw that kind of operation. But I think we should be about opportunities for innovation rather than stifling innovation."