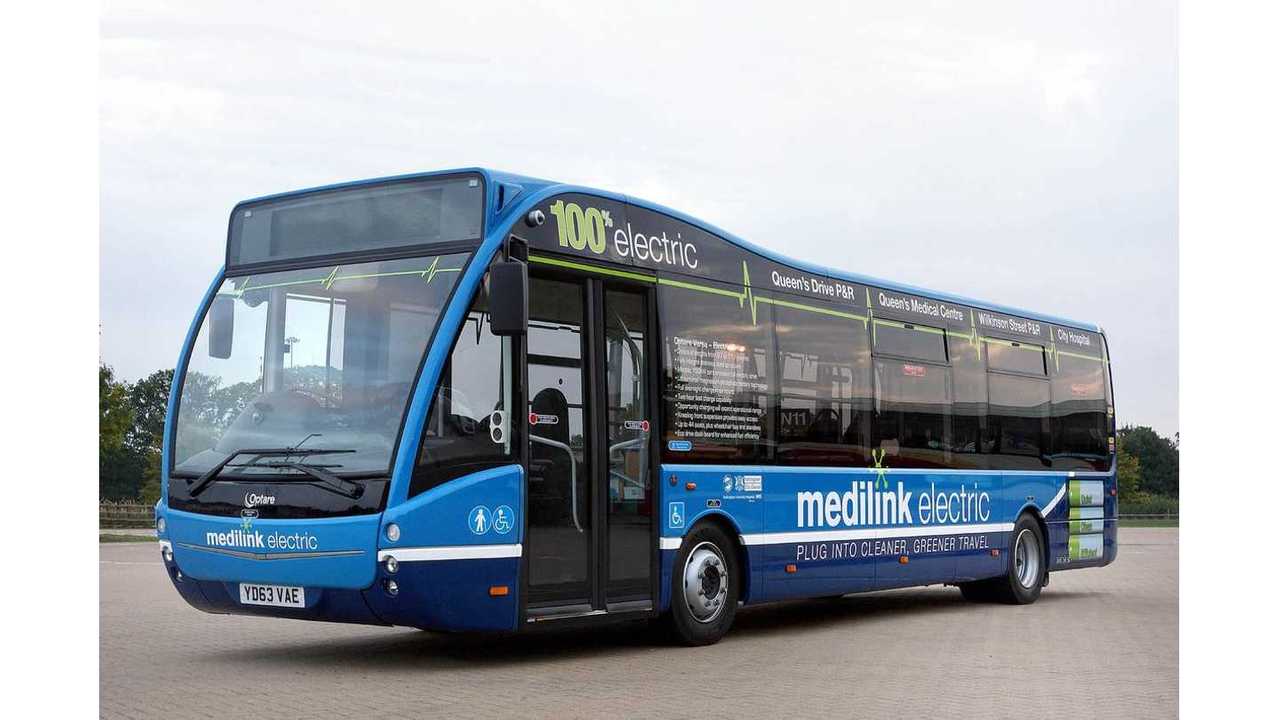 The electric buses will be equipped with a rapid charge system.

"Optare has previously supplied 28 electric buses to Nottingham City Council, made up of a mixture of Versa. Solo SR and Solo models. The 17 new buses are 9.2m Solo EVs, and the first deliveries are expected in July."

The buses were bought with support from the Department for Transport’s Green bus Fund.

Commenting on the order for the new buses, Andy Gibbons, Head of Public Transport for Nottingham City Council, stated:

“Nottingham City Council is committed to continued investment in modern buses to provide a safe, reliable, value for money, integrated public transport network which has the least impact on our environment.”

“This is very encouraging for bus manufacturing in Britain, as our factory near Leeds is benefiting from several large orders for new buses this year. We are delighted to be leading the way with the proven technology and efficiency of our electric buses, and hybrid systems, meaning customers like Nottingham City Council are choosing more Optare buses for their low carbon fleet."