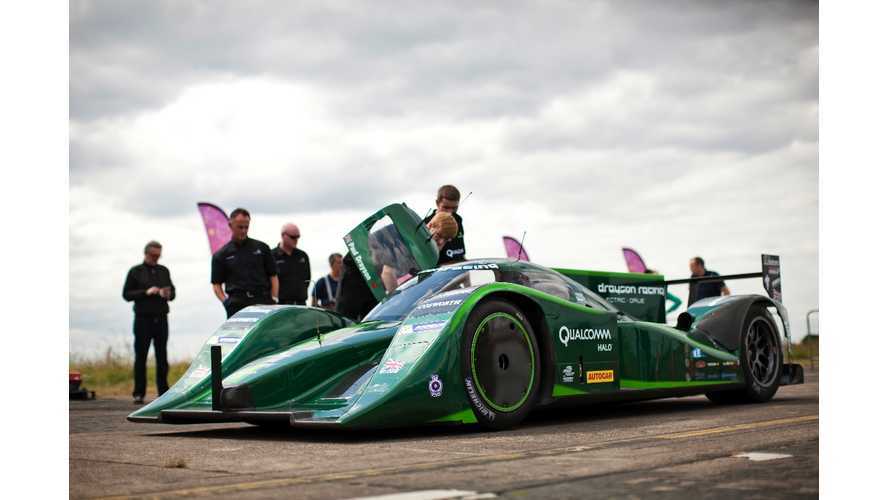 The latest episode of Fully Charged takes us back to the Drayson B12/69 EV land speed record run at Elvington Airfield in Yorkshire in Summer of 2013.

"Lord Drayson increases World Electric Land Speed Record for sub-999kg vehicles with a new average speed over one mile of 205.139mph and over one kilometre of 333.271kph, both records set from a flying start. The speeds were an average of two runs completed within an hour at Elvington Airfield, England."

"The Drayson Racing prototype electric race car also set a new EV acceleration World Record over a measured quarter mile from a standing start, with a time of 9.742 seconds."

"The Oxford based team also set a new British Land Speed Record for cars of any propulsion type driven by their wheels over one mile from a flying start."