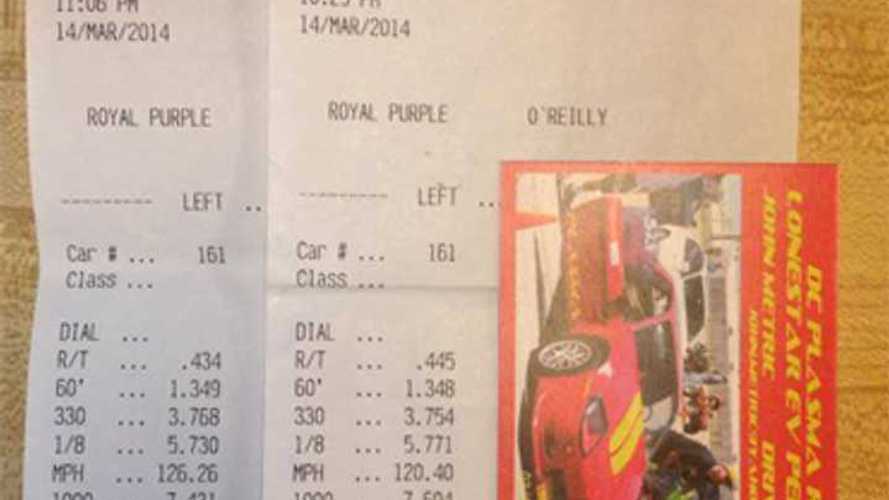 John Metric recently became the first individual in the world to break into the 8's in a street legal electric car.

About two tenths faster than the 9.122 second previous world record on the same track a few months ago.

John Metric Breaks into the 8's with his electric Miata

NEDRA NEWS - Baytown, TX (March 15, 2014) Breaking the 8's has been a goal electric drag racers with street based electric cars also known as "door slammers" have been attempting to achieve for quite awhile. John Metric finally did it with his electric Miata, "Assault and Battery" Friday night at Royal Purple raceway with a 1/4 mile time of 8.913 seconds at 147.99 mph. It's also the first doorslammer to break 125 mph in the 1/8 mile!

...and videos from the track: