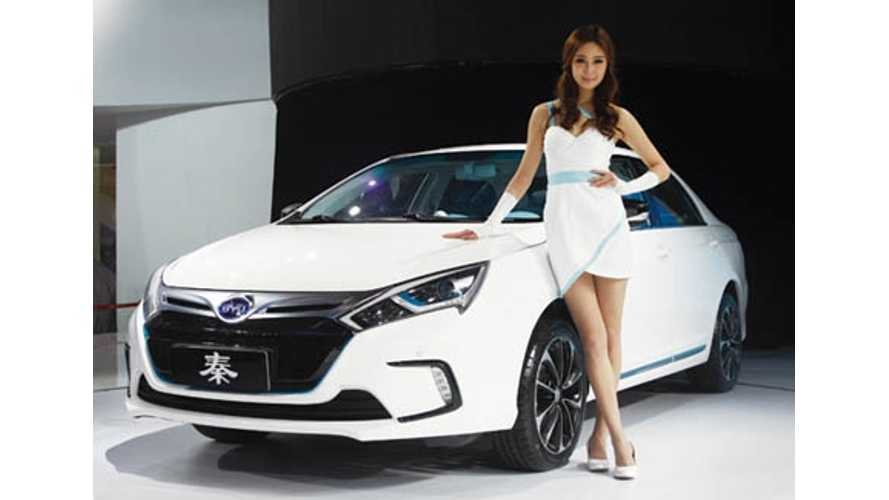 The news we've all been waiting for has finally arrived.

Since allowing BYD to sell its vehicles in Beijing, the automaker has prospered.

It's being reported that on the first full day of unrestricted sales in Beijing, BYD sold 600 plug-in vehicles.

"The sale of green vehicles has suddenly become a hot item as the government strengthens measures to curb China's choking pollution. Beijing and Shanghai late last month released a list of new energy vehicle brands that can be sold in the cities, breaking territory protection for the first time."

"Shenzhen-based carmaker BYD sold 600 electric cars on the first day it entered the Beijing market. In addition, about 1,400 people have won the right to buy electric cars in China's first lottery for purchasing the environmentally friendly vehicles. Experts say 2014 might be the beginning of an e-car era in China."

Let the electric vehicle era begin in China.  Once it begins, there's no stopping it.