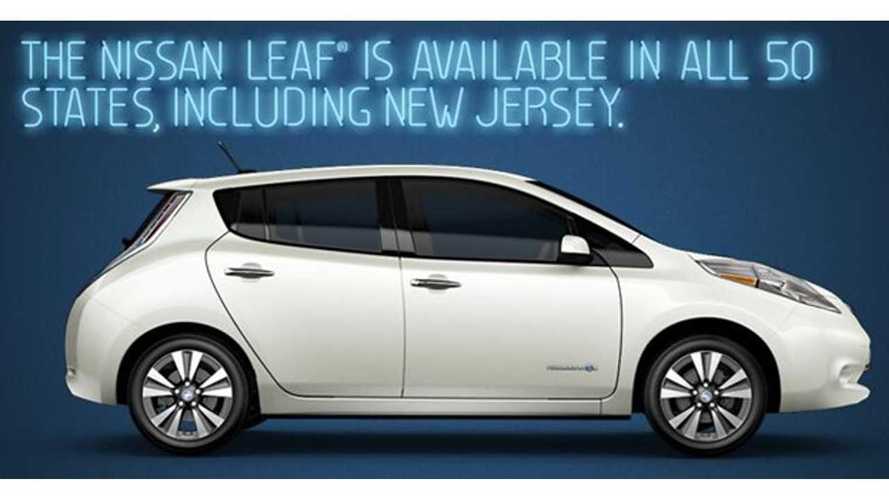 Fair or foul?  Nissan took a little jab at Tesla's recent woes in New Jersey, by posting the above photograph of the LEAF "available in all 50 states, including New Jersey."

Naturally reactions to the tweet ranged from mildly amused to outraged.   However, Nissan quickly had a change of heart about the tweet, removed it, then promptly put the blame on their advertising agency.

Thankfully, the keen-eyed folks at AutoBlogGreen not only saved the image (above), but got in touch with Rob Robinson, senior specialist of social communications for Nissan about the Tesla slight.

"Was not a tweet that was reviewed or approved by Nissan. We saw it and asked them to take it down. We thought it was a discussion we didn't need to be weighing in on."