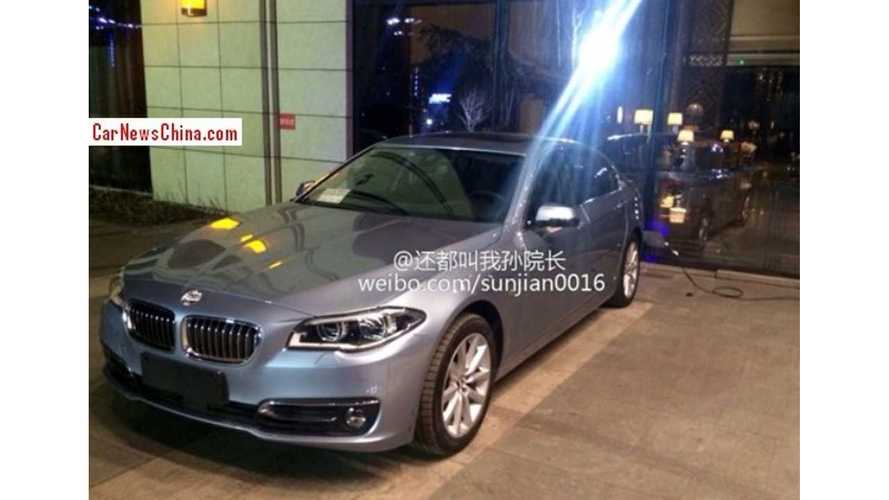 A new BMW made for the Chinese market was spotted. The BMW 530Le is a plug-in hybrid based on the long wheelbase 5 Series which is manufactured in China by the Brilliance-BMW joint venture.

The prototype was spied charging in front of a restaurant in the great city of Harbin in Heilongjiang Province, not that far from the joint-venture factory.

The 530Le is rumored to be launched on the Chinese car market in July with a public debut in April at the Beijing Auto Show.

*Editor's Note: This post originally appeared on BMW Blog authored by Horatiu Boeriu.  Check it out by clicking here.

Just like the BMW X5 eHybrid, the 530Le will combine a four-cylinder IC engine (the familiar N20) and a ZF 8-speed automatic transmission. Instead of the usual torque converter the 530Le inserts an electric motor.

The overall power output is around 272 horsepower.