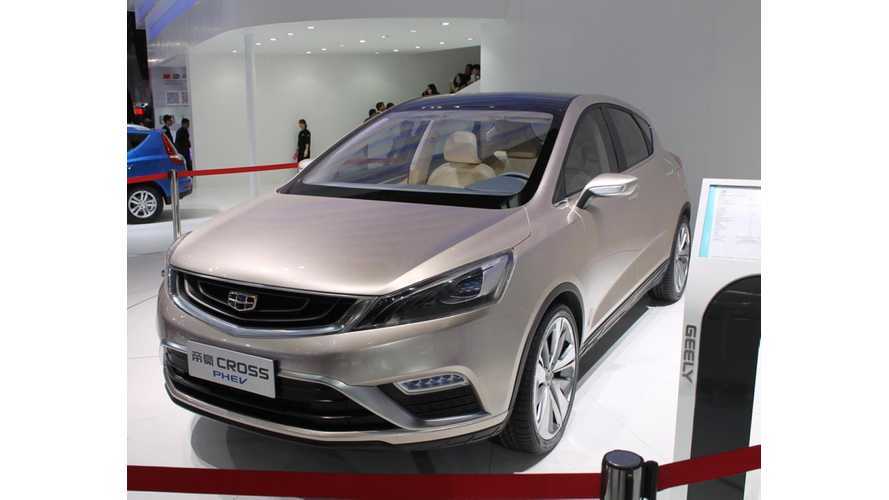 There's a change underway in China.  Yes, the electric vehicle floodgates are opening and the race is now on to get plug-in vehicles into production as quickly as possible.

Geely is one such automaker who's behind the curve.  In an effort to catch up, Geely will almost certainly push this sub-branded Emgrand Cross Concept, a plug-in hybrid, into production as soon as possible.

Known specs are limited to the following:

The Geely Emgrand Cross PHEV Concept made its world debut at the recent 2014 Beijing Auto Show.  Though called a concept, it sure looks ready for production.  Don't you think?