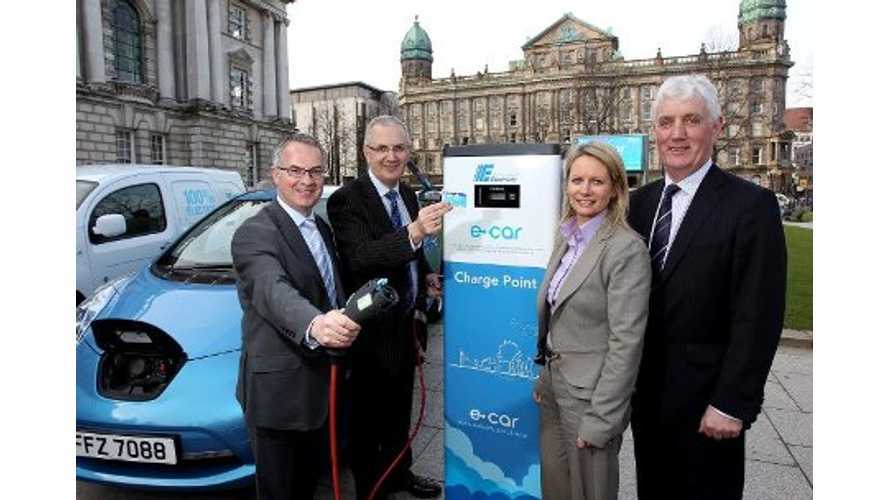 Map of Charging Points In Ireland

Additionally, the data shows that the majority of the fast-charge points have been used 10 times or less.

Usage figures were updated at the end of 2013, so it's safe to assume that usage has increased at some stations, though we still believe that a few of the fast chargers remain unused.

"The charging infrastructure supplied by ecar has made electric vehicles a realistic option for drivers here."

"The growth in usage of charge points here reflects the growing number of electric vehicles on our roads."

"As the number of electric vehicles continues to grow across all parts of Northern Ireland, it is anticipated that charging events will continue to increase, and that more charge points will come into use."

Despite the obvious growth in usage, there are naysayers out there who point out that some of the funding for the chargers came from taxpayer money and that the low initial usage rates for these chargers supposedly suggests a wasting of taxypayer money.

It seems that this negativity towards the government assisting the electric vehicle industry in the early developmental stage just won't disappear.