Tesla Supercharger Count Hits 81 in US 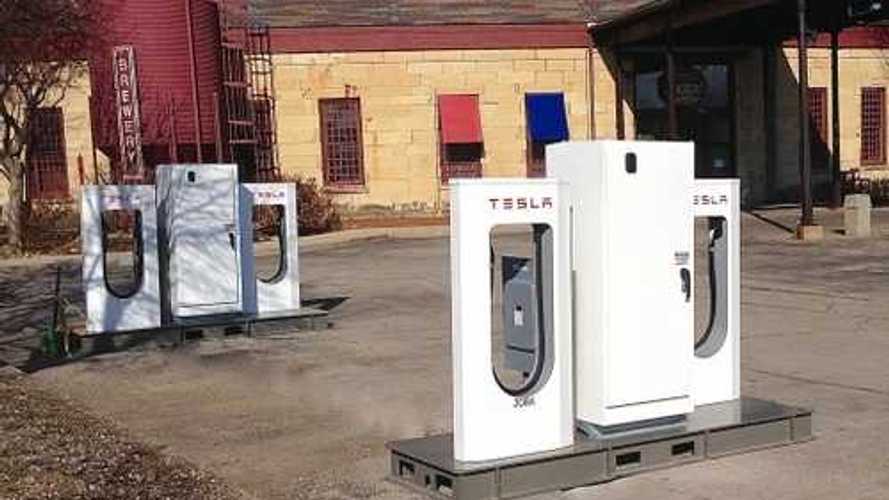 As you likely already know, a Tesla "Supercharger" allows Supercharger-enabled Tesla vehicles to charge quickly and for free. During the 20-30 minutes of charging time, Tesla Model S owners can recharge the vehicle as well as themselves, grab something to eat, then head back to driving to the next supercharger or until they reach their destination.

As shown in the above image, Tesla vehicles with supercharging capabilities currently have East (mostly) and West (completely) coast covered for traveling via Superchargers. Coast-to-Coast traveling via major interstates are completely covered too, provided you follow the route with the Superchargers.  With most Superchargers right off or very close to major highways, charging is convenient and less time consuming.

Recently opened Aurora IL Supercharger located at Two Brothers Brewing Company - Of interest is that this is what's referred to as a "mobile" Supercharger. Photo by Mike Anthony

Recently, Tesla has opened up several new Superchargers over different areas (Tesla has been busy adding Superchargers near existing units to fill in some holes) across the USA, driving the count to up to 81 Superchargers.  The number is rapidly growing as Tesla pushes for a nationwide Supercharger Network.  By the end of 2015, Tesla vehicles with Supercharging capabilities will be able to travel through the entire USA quickly and for free.

Most Tesla Superchargers are currently charging at 120 kW, but some are already pumping out 135 kW, this upped power allows Tesla owners to charge even more quickly.