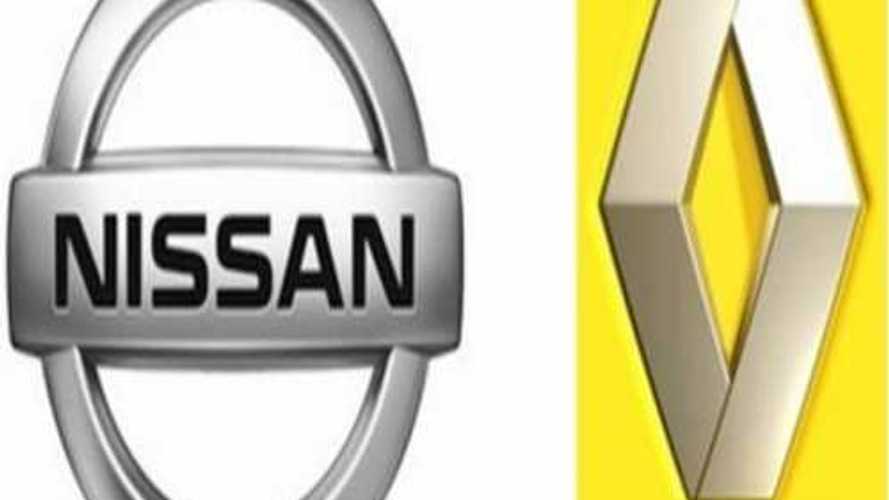 Renault-Nissan has just announced that effective April 1, 2014 the two automakers will converge in four key areas:

The goal of the convergence is to "achieve a minimum €4.3 billion annual synergy." says Renault-Nissan.

But what's up with electric vehicles?  There's convergence there too:

Don't expect to see the fruits of this convergence appear for a couple of years though.

To  goal, the Alliance is implementing convergence plans in four key areas: Converged business functions become official 1 April and are expected to have an immediate positive effect on operational performance. Newly appointed Alliance Executive Vice Presidents will take charge of increasing integration in each function.

Amsterdam, Netherlands (17 March 2014) - The Renault-Nissan Alliance today announced it will begin implementing convergence initiatives in four key operational areas starting 1 April, with the goal of achieving at least €4.3 billion in annualized synergies by 2016.

Under the plan, these functions will be jointly managed by Renault and Nissan, with a newly appointed Alliance Executive Vice President leading each function, and a new management committee to oversee implementation.

“Convergence within these four key business functions will result in an immediate increase in efficiency and leverage our size to achieve competitive economies of scale," said Renault-Nissan Chairman and CEO Carlos Ghosn. “The synergies will then enable us to deliver higher-value vehicles to customers and stay at the leading edge of innovation."

Purchasing: Renault and Nissan have enjoyed an integrated purchasing organization for more than a decade. But convergence of major engineering and manufacturing activities will drive greater purchasing synergies and more economies of scale. Christian Vandenhende, Managing Director of the Renault-Nissan Purchasing Organization, is appointed Alliance Executive Vice President, Alliance Purchasing.

Together, Stronger for 15 Years

Convergence in four key business functions is the latest step in the 15-year evolution of the Renault-Nissan Alliance, which was formed on 27 March 1999.

Since then, the Alliance has become the longest lasting and most productive cross-cultural collaboration in the auto industry. The companies have already integrated several functions, including information technology, logistics, customs and trade, and purchasing.

The Alliance has expanded significantly since its founding and now ranks among the world's four largest automotive groups by sales volume. The Alliance has partnerships and joint ventures with Daimler, Mitsubishi, AvtoVAZ, Ashok Leyland and Dongfeng.