UK Deputy Prime Minister: "When You Look at the Reality, It's a No Brainer" - Buy the EV 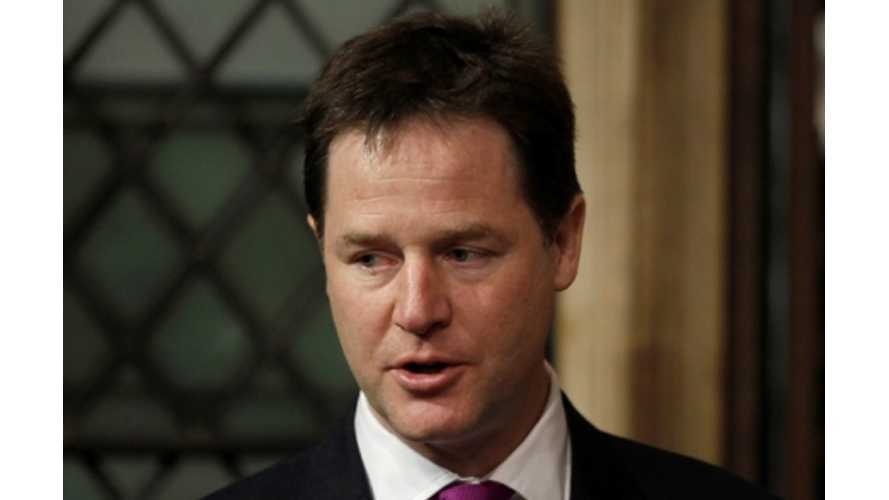 “People still think they are going to run out of battery power because people think they drive much longer distances than they actually do.”

Clegg's task is to try to change the inaccurate mindsets of these individuals who have yet to give electric vehicles a try.  As Clegg stated:

“It’s people who are resisting, worried they won’t be able to get from point A to point B.”

The getting from point A to point B is being addressed right now in the UK.  At the request of Tesla Motors CEO Elon Musk (electric mobility advisor to the UK), Clegg is getting more public chargers in the ground so "that people feel they are not going to be left with flat batteries."  That was the reasoning presented by Musk, who says that chargers need to be visible and out there everywhere so that potential electric vehicle buyers are not concerned that they'll be stranded.

The chargers may not be utilized often, but they provide a sense of security to EV owners who made need them on a rare occasion.