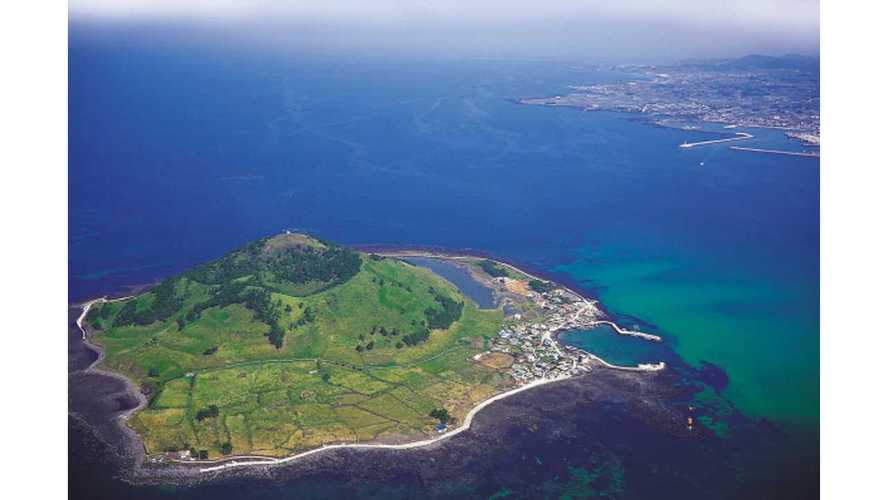 South Korea's Jeju Island is aiming to become home to only zero emissions vehicles by 2030.

Jeju Island is a popular tourist spot and is known for its pristine environment.

In an effort to keep that Island's ecosystem intact, Jeju will continue its support of pure electric vehicles by building additional public charging infrastructure.  Jeju Island already leads South Korea in terms of chargers per square mile, but more are on the way.

As the Global Post reports, Jeju Island is pushing to increase the number of electric vehicles charging points.  Currently, Jeju has 497 charging stations, with 48 being DC quick chargers.

"Jeju already provides the most support in the world for those wanting to buy electric cars, and this stance, along with concerted efforts to develop the recharging infrastructure, will allow the ambitious goal to be met."

"Up until 2017, the public sector will probably lead moves to expand the EV infrastructure, but this will change with the private side taking the lead from 2017 onwards when there is expected to be some 29,000 EVs on the island."

"The official pointed out that a person living on Jeju, located off South Korea's southwestern coast, can receive 23 million won (US$21,500) from the central and regional governments if he or she buys an EV, easing the burden of purchasing a zero emission vehicle."

So, the incentives to purchase are there and the infrastructure is getting put in place.  With this all sorted out, we think Jeju Island has a shot of hitting its goal of only zero emissions vehicles by 2030.  Other nations have put forth similar zero emissions goals, but this one seems doable.