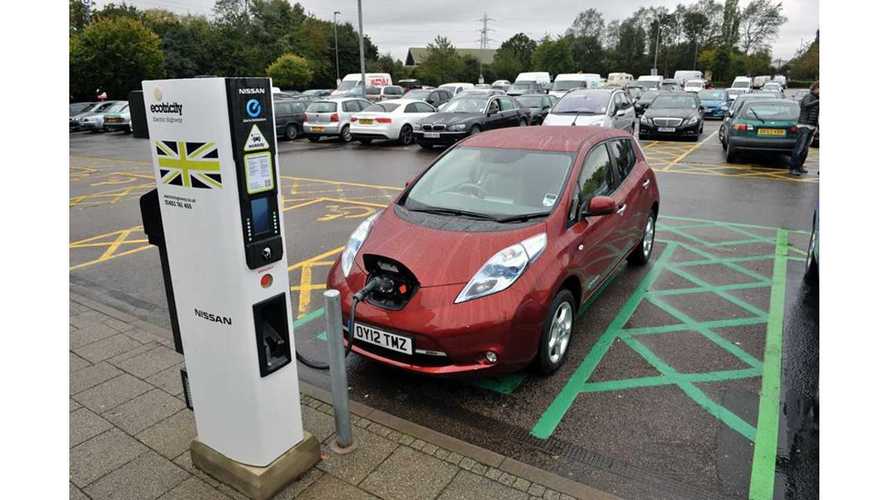 Free charging is coming to an end in several countries around the world, so it's no surprise that the UK is moving towards "paid-for" too.

What Autocar is specifically referring to though is Chargemaster's decision to implement a fee for charging effective the first of this month.

"Chargemaster, which in April will become the first major electric vehicle charging point provider to start making motorists pay to use its sites, says the move has been prompted by the end of the Government-supported Plugged in Places scheme later this month."

"The Plugged in Places intiative matched private funding to support the building and use of EV charging points. Its end means many more EV charging point providers will move to a paid-for plan over the coming year."

"It's simple.  This is happening not just in the UK but all over the world. In the Netherlands until last year charging points were free and now it's chargeable. You can't get away from it. If you want public charging points someone has to pay not only for the electricity but also for the maintenance and investment."

"This is a positive step because it means there'll be more and better-maintained charging sites."

The only problem is that some of the pay-to-charge fees seem too high.  For example, Chargemaster's Polar network will implement this fee structure, according to Autocar:

"Charges for the firm's Polar network of EV charge points allow motorists to either pay a monthly direct debit or annual subscription or use a smartphone app. Using the app, prices for using a charging point equate to £1.20 per hour on a standard 13 amp tariff, £1.70 per hour on an advanced Type 2 tariff, and £7.50 per half hour for a rapid charge."

For some, those fees will make driving electric more expensive than fueling an ICE vehicle.

Then there's this statement by Autocar:

"Statistics seen by Autocar show that for every £1 spent on charging, 42p covers the cost of electricity while around 41p is needed to cover maintenance, provisions for new sites, spare parts and call centres."

So, perhaps that charging station providers aren't actually ripping off EV owners.  You know, a 17p profit per every £1 really ain't a lot.