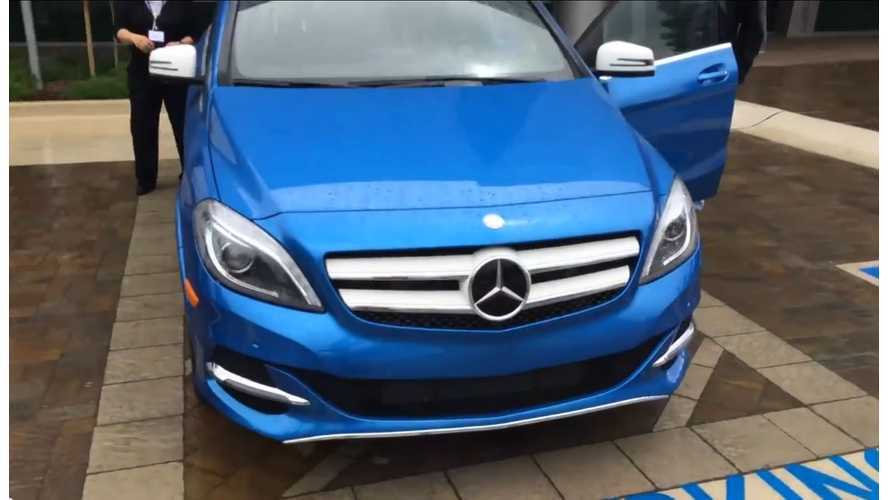 The ramp-up to the release of the Mercedes-Benz B-Class Electric Drive is in full swing this week as parent Daimler is offering first drive ride-along opportunities to journalists around the country.

We hope to get our chance later this week, but until then here is another's first hand tour inside the new all-electric car from Mercedes-Benz.

Until then we can update you on Mercedes initial roll-out release date statement given late last year:

We spoke to a company rep a couple days ago about the launch status and it appears to be going a little ahead of schedule as they confirmed that the launch would be well under way by "mid-summer."

A quick check with California-specific Mercedes Benz dealers would seem to confirm this new statement, as they are expecting US production to get underway in May in Germany with first deliveries happening in early July.

Disclaimer: While the video does state the range at 122 miles on the US cycle (nominal), we are fairly certain he is talking about the old LA4 metric, which works out to about 90-95 on the new EPA standard.

Here is the expected specs on the B-Class ED - official specs expected in early May: