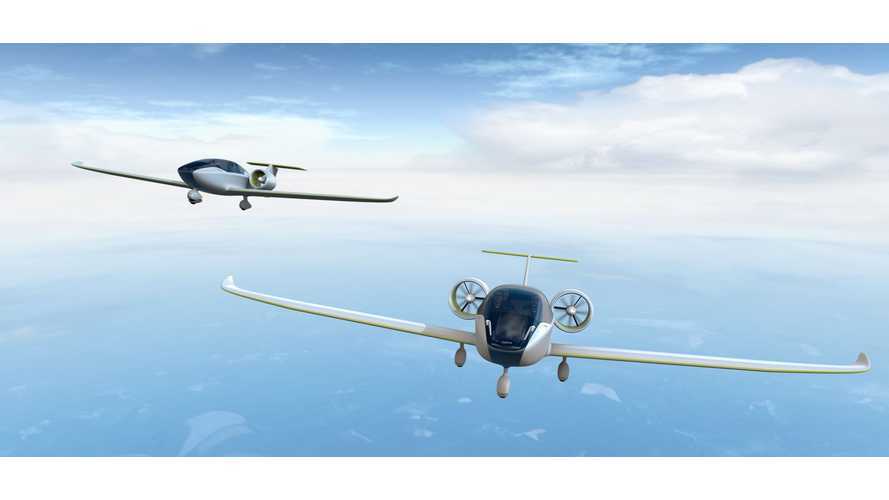 Airbus Group, beside showing the E-Fan prototype which recently had its maiden flight, displayed some glimpses of future models E-Fan 2.0 and 4.0.

"Airbus Group plans to further develop the E-Fan technology demonstrator and to produce and market two versions of the aircraft by a subsidiary named VoltAir. The two-seater version E-Fan 2.0 will be a fully electric training aircraft powered only by batteries."

The current prototype of E-Fan is archetype of E-Fan 2.0. Interesting is that a four-seater is being considered, but this version will get a range extender. Both aircraft look nearly identical in the images.

"The four-seater version E-Fan 4.0 will be a training and general aviation aircraft which will also have a combustion engine within the fuselage to provide an extended range or endurance. In partnership with renown aviation supplier companies as well as with local SMEs in the Aquitaine region, a production facility is to be built at the Bordeaux Mérignac Airport, which shall also include a training establishment for pilots."