Free Electric Cars for Rent in Paris! Why? Smog 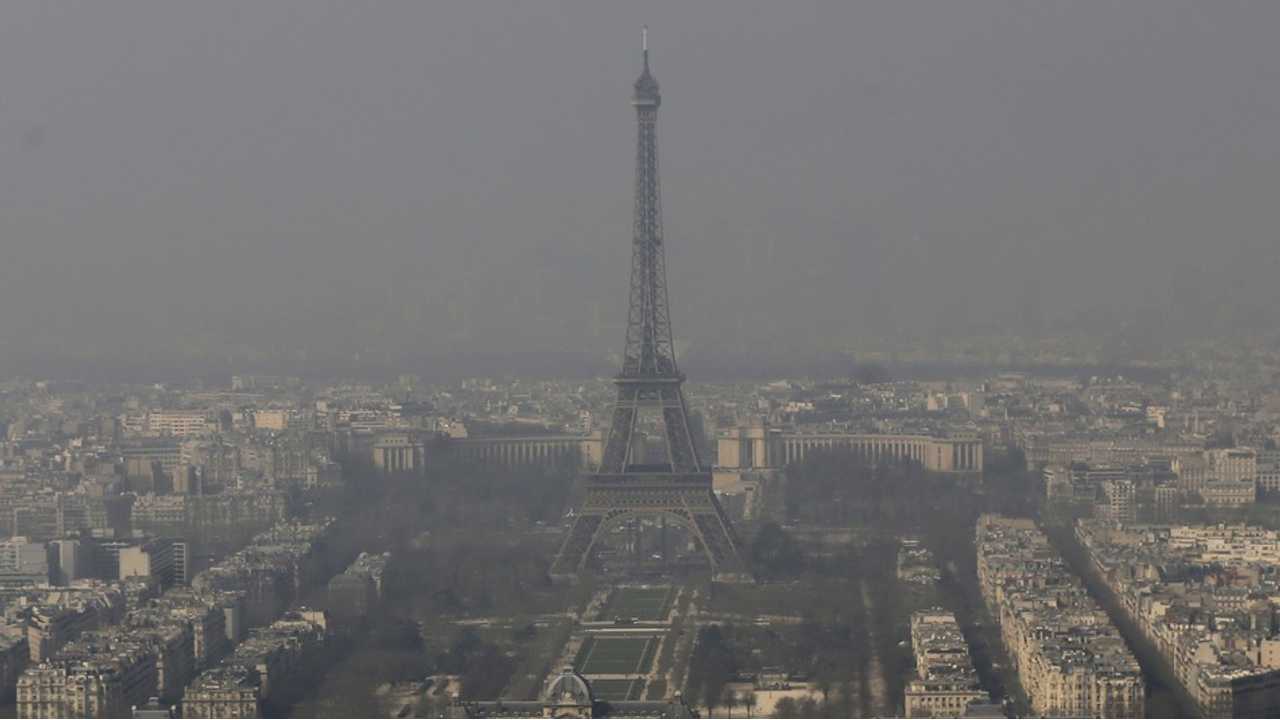 Hard to see any EV's through all that smog!

According the the NY Times, the city of Paris is normally a very smog free city. But not so much this week.

This week it resembles Beijing. So, what is a government to do when you can actually see the problem (while at a street-side cafe)? They make every available "low-emission" transit option free for a limited time only.

Red smog is the worst. Paris is just left of center in the photo.

The cause of the persistent smog isn't what you think it is either. Well, it is, but the density is related to a high pressure from that's put a "cap" on emissions in the city and locked it down over the region. It extends from southern France, all the way up into Belgium and parts of Germany. The smog is even visible from space and looks downright nasty in infrared. So, if any Parisian had wondered how much their normally clean looking city pollutes, now they know.

From the Times article:

"The government, seeking to reduce tailpipe emissions, encouraged citizens to use readily accessible rental bicycles and electric cars by making both free through the weekend. Paris has been on the forefront of bicycle- and car-sharing, putting ranks of bikes and small electric cars in most neighborhoods and allowing Parisians and tourists to pay low rates to rent them."

"Although people here became broadly aware of the problem only late this week, it has been building for days as a high-pressure system over the region created a string of sunny days with little wind, cold nights and warm days that left pollutants trapped in this low-lying city on the Seine River. Until this week, there had been little concerted effort to reduce pollution from cars and trucks."

"A number of smaller cities, primarily in northern France, were also affected."

So, just how many Bollore Bluecars are out there in the wilds of Paris?  Over 3,000 it seems, with over 113,000 subscribers to the network. Wow!  They also have over 4,000 charging stations deployed and thanks the the full support of the government, they are rapidly expanding to cover more cities in France as we reported on in January.

Also, and this is old news, but just in case you didn't know Autolib cars are coming to our very own Indianapolis this year.

The timing of the Geneva Auto Show couldn't have been more perfect for the electric vehicle segment. Last month they showed solutions, this month we get to see (and smell and taste) the problem. France (like the rest of us) is trying to reduce emissions, but in the end we aren't anywhere near our goal. That is quite obvious to most in Paris as of right now. Let's hope this jump starts a revolution!