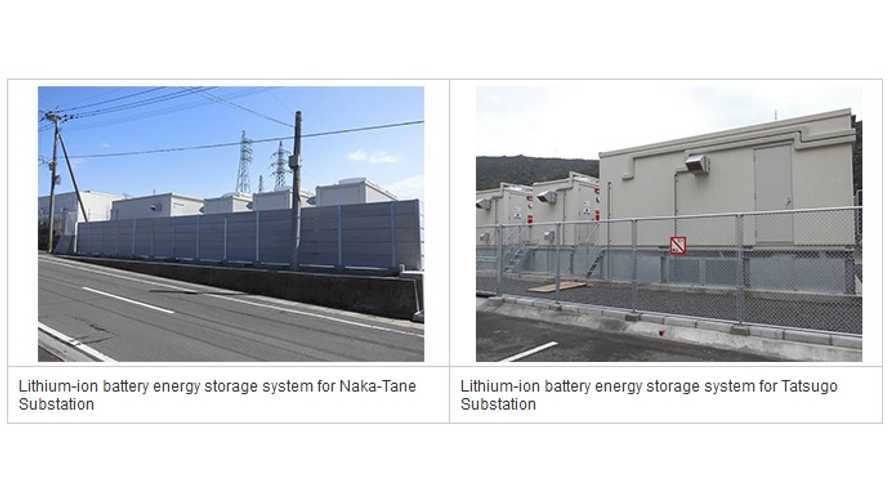 Toshiba Corporation has announced that it has delivered two battery energy storage systems to Kyushu Electric Power Co., Inc. in Japan. Both units are for a demonstration project to make renewable energy more practical.

"The systems have been installed in substations on Tanegashima Island and Amamioshima Island, in Kagoshima prefecture, and will be used to demonstrate the integration and optimum control of battery energy storage systems deployed to manage frequency regulation and maintain stable power supply on remote islands, which are increasingly turning to renewable energy sources. The demonstration program will run for three years to fiscal 2016."

"When large-scale renewable energy sources such as wind and photovoltaic are integrated into power grids on remote islands, power frequencies tends to fluctuate due to intermittent power outputs from the renewables. Toshiba's battery energy storage systems provide such islands with an excellent solution for efficient and effective frequency regulation."

The Japanese company is using in energy storage applications its SCiB lithium-ion batteries, which are known from high durability (over 10,000 charge-discharge cycles) and quick charging capability (to 80% in 6 minutes).

The same type of battery is used in Honda Fit EVs and in some versions of Mitsubishi i-MiEVs in Japan, as well as in some prototype vehicles.

Toshiba is building such storage systems in other places in Japan and around the world (including Europe). One of the orders is for a 40 MW system, which is 10-fold larger than previously described.