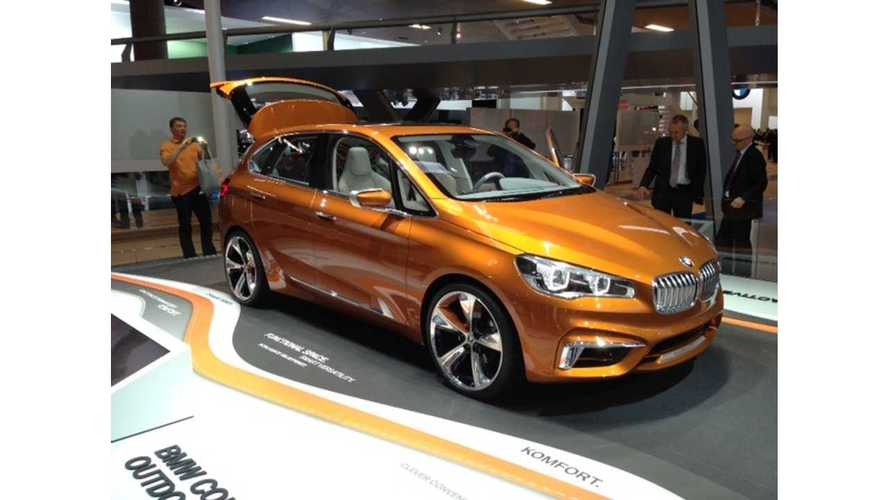 Automotive News is reporting that "BMW executives are convinced the new 2-series Active Tourer won't be a big seller in the United States, so they plan to wait at least 15 months before launching the vehicle there."

Fine by us, except that would imply that the PHEV version of the Active Tourer is perhaps two years away from launching in the US then.

We had long believed that the Active Tourer PHEV would be the next plug-in vehicle (after BMW i3 and BMW i8) available from BMW in the US and had previously been told by BMW :

“BMW’s first front-wheel-drive crossover, the Active Tourer, will go on sale in the United States in early 2015.”

But 15 months is too far away.  The PHEV version of the Active Tourer would be one of the Mercedes-Benz B-Class ED's direct competitors.  The electric Benz launches this summer in the US.  If BMW waits some 15 months to bring the Active Tourer stateside, then that all but guarantees the plug-in Active Tourer will be too late to the party.

Here's our synopsis of the Active Tourer PHEV, a vehicle that we'll now have to wait well over a year for in the US:

Knowing that it’ll be a 2 Series allows us to hone in on price a bit more precisely.  A BMW 2 Series ranges in price from $32,000 to $43,000 with no options added in.  The Active Tourer will likely start nearer to the high side of that range.  The plug-in version will then add at least a few thousand to the price.  So, our guess is that the 2 Series Active Tourer PHEV will start in the mid $40,000 area, or just a couple grand more than a base BEV i3.