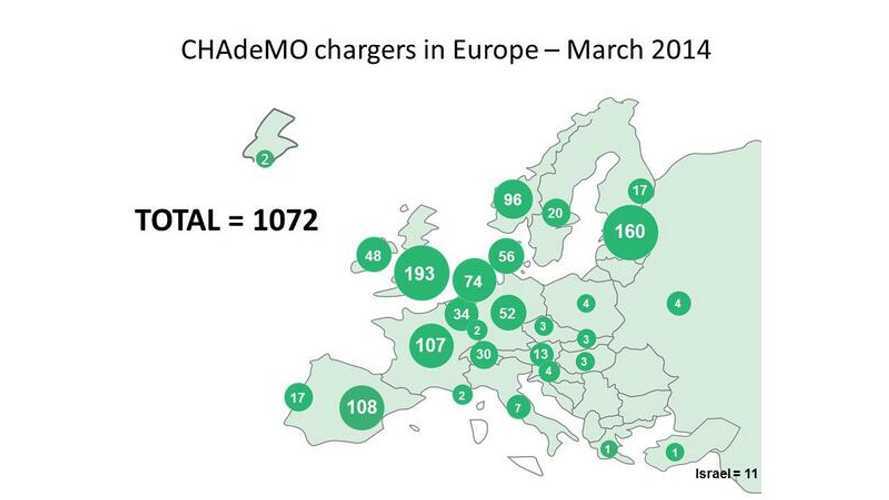 CHAdeMO Association instructed us to check out the latest map of CHAdeMO chargers in Europe.  So, we did.

In Europe, the UK has 193 CHAdeMO points.  Estonia too is on the right track; where all of them were installed by ABB in a government sponsored project. Spain at 108 and France with 107 are fighting for a podium spot. But Norway (with 96), Netherlands (with 74) and Denmark (with 56) probably will win anyways counting CHAdeMO chargers via per capita.

Germany has 52 CHAdeMOs, so just 4 more than small Ireland. 34 are in Belgium and 30 for Switzerland.  The 10 unit level was exceeded by Sweden where we see 20, Finland and Portugal both at 17, and Austria - 13.

The rest of the pack has over 25 CHAdeMO chargers combined.

Another few hundred CHAdeMO chargers are under construction, most of them being in the U.K., France, Denmark, Netherlands and Norway.