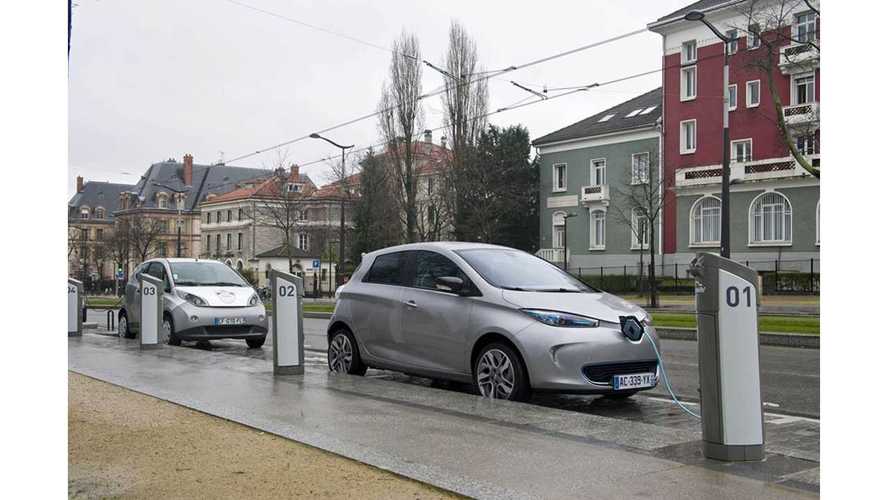 Bollore Bluecars are the Vehicle of Choice for Autolib in France

Bolloré has decided to add 500 more electric car to its current Autolib fleet of over 2,000 in Paris by the end of June.

According to French media, by September the fleet will be no less than 2,750 and will include delivery versions of BlueCars, which we presented three months ago.

Developments are gaining momentum as infrastructure will be expanded by about 1,000 charging points.  The current number stands at 861 stations and 4,385 spots.

Bolloré probably hasn't heard how hard it is to earn money on charging infrastructure (or maybe does not care) because it's aiming to build, over just the next 24 months, a nationwide (France) network of 16,000 charging stations investing approximately €100 million. That works out to €6,250 per unit on average - which seems like a little too much coin for all slow charging units, so maybe there will be a few quick chargers in the mix.

For now, we must patiently wait for more details.