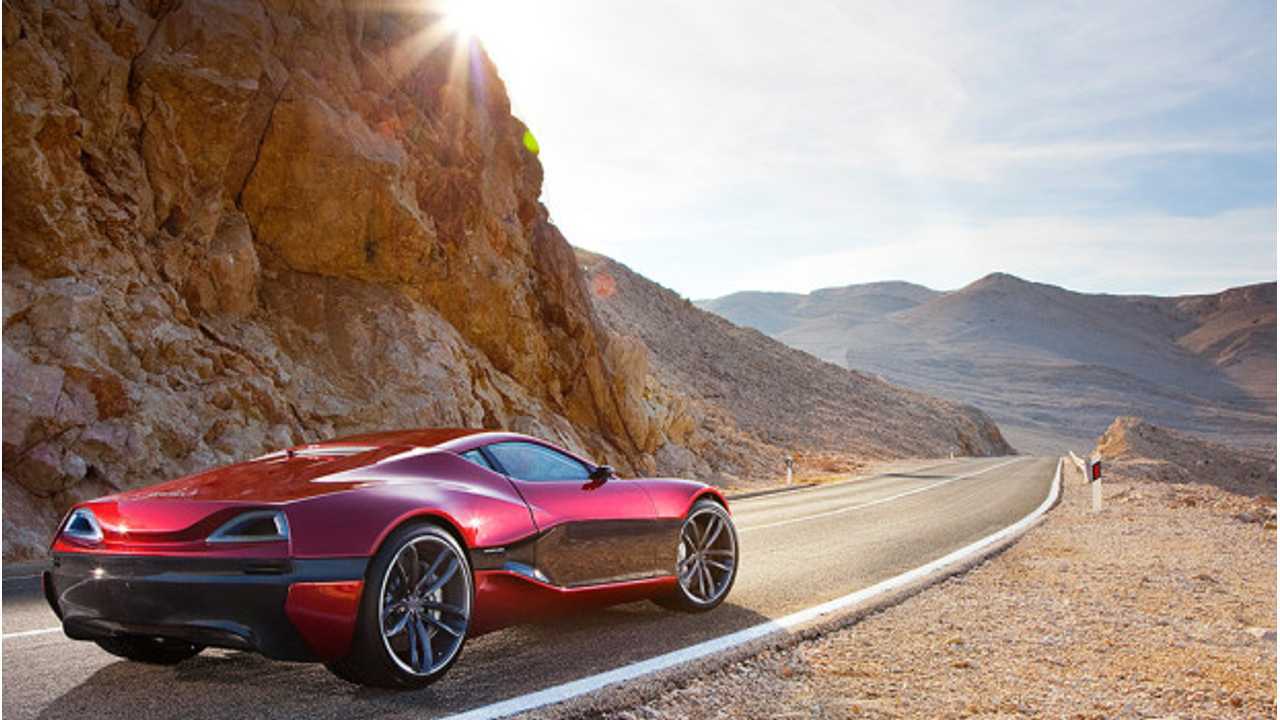 An interesting article on Rimac Automobili was recently published on tech.eu website.  The Croatian company seems to have secured two important investors with millions of euros for further development and commercialization of Rimac's EV products.

According to the article, since 2011 when Concept_One was introduced at the Frankfurt Motor Show, it has been difficult for the automaker:

"Mate Rimac, the 26-year old founder and CEO, unveiled the Concept_One at the Frankfurt car show in September of 2011. I first met Mate (pronounced to rhyme with “latte”, not “eight”) a few months later, in May of 2012. It’s been a hard, difficult few years since then, in a frustrating chicken – and – egg search for customers and investors."

Rimac Automobili survived selling know-how and EV related products to other companies, and a small but vital loan from the government-backed Croatian Bank for Reconstruction and Development:

"Mate Rimac and his team have designed and built not only the motors, but also the batteries as well as the battery management system. The 25-person company has survived the past several years by selling their knowledge, technology and engineering services to other companies, mostly car manufacturers looking to get into the electric car race as fast as possible."

Sinocop Resources alone intends to buy 10% of Rimac Automobili for 5 million euros in cash and 2 million in stock.

Rimac Automobili's main challenges to start selling electric cars is homologation, all the tests, including crash tests, which require a huge amount of cash.

“This finally gives us the capital we need to properly set up production and testing. We had more interest from other investors, but we didn’t want to raise more money at this stage than we really need. Money is coming not only from investors but also from customers. We have six cars in the pipeline now, more than enough to keep us busy for a while.”

The company plans to double its workforce to 50 workers this year.

The progress is also seen on the two wheeler side, where the €6,000 G-12 is selling like hot cakes.

"Marketed under the Greyp brand, the “G-12″ model will zoom up to 65 km/h if you switch it from “street” to “power” mode. At approximately 6,000 euros, it’s less expensive than the Rimac car but certainly more expensive than most bikes. “That’s not a problem” says Rimac. “We have more orders for the bikes than we are currently able to produce. Our plan is to ship 100 G-12 bikes to customers by the end of this year.”

The third part of Rimac's business will be electric power systems. In the longer term, after selling 80-100 Concept_Ones, Rimac will try to sell less expensive models first in the hundreds and then in the thousands of units.  At least that's the goal.

Here are some of its jaw-dropping specs:

It's believed that only 88 will ever be built. Price for admission? $1 million plus.

Below: Here is a video to make you feel bad about what you drive now.