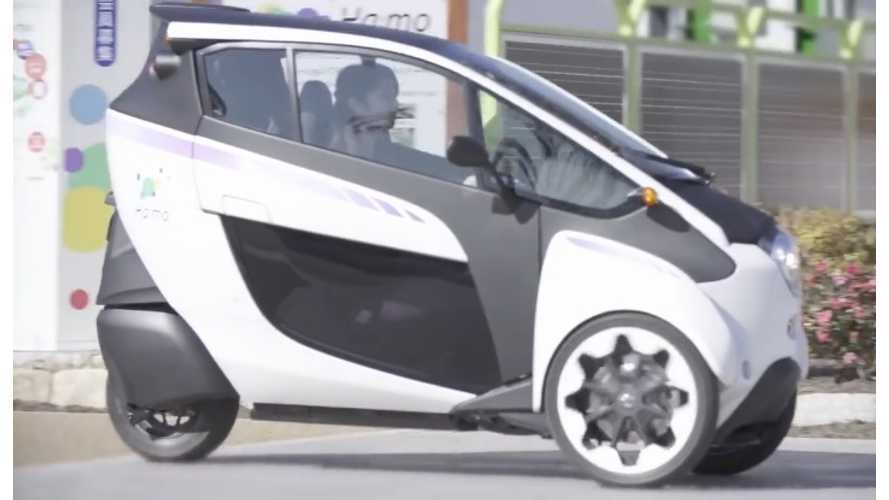 We first saw Toyota's dream for the car sharing of the future debut last year in Geneva, the i-Road - complete with over-the-top dancing and attractive models.

Since then it has been announced for limited production, put into action for car sharing schemes in Toyota City/Aichi, Japan, and now is headed to France as part of an agreement that was struck earlier last year.

70 copies of the three wheeled Toyota will be making their way to the city of Grenoble, France.  And Triple Pundit now reports that the 30-mile range i-Road will be arriving starting at the end of this year and will be put into service for a three year test as part of a "solution for reducing greenhouse gas reduction targets."

Does the "Active Lean" Toyota herald a new wave of last-mile commuting?  No, probably not.  Is the 28 mph top speed and 30 mile range more than a little constrictive and mean that it likely will never be more than a regional footnote in the history of the electric vehicle?  For sure.

But do we want one for ourselves to drive to and from the office (and maybe inside too)?  You bet.

Video below: More practical (but less fun) clip of the Toyota i-Road in a practical/real world setting in Toyota City, Japan