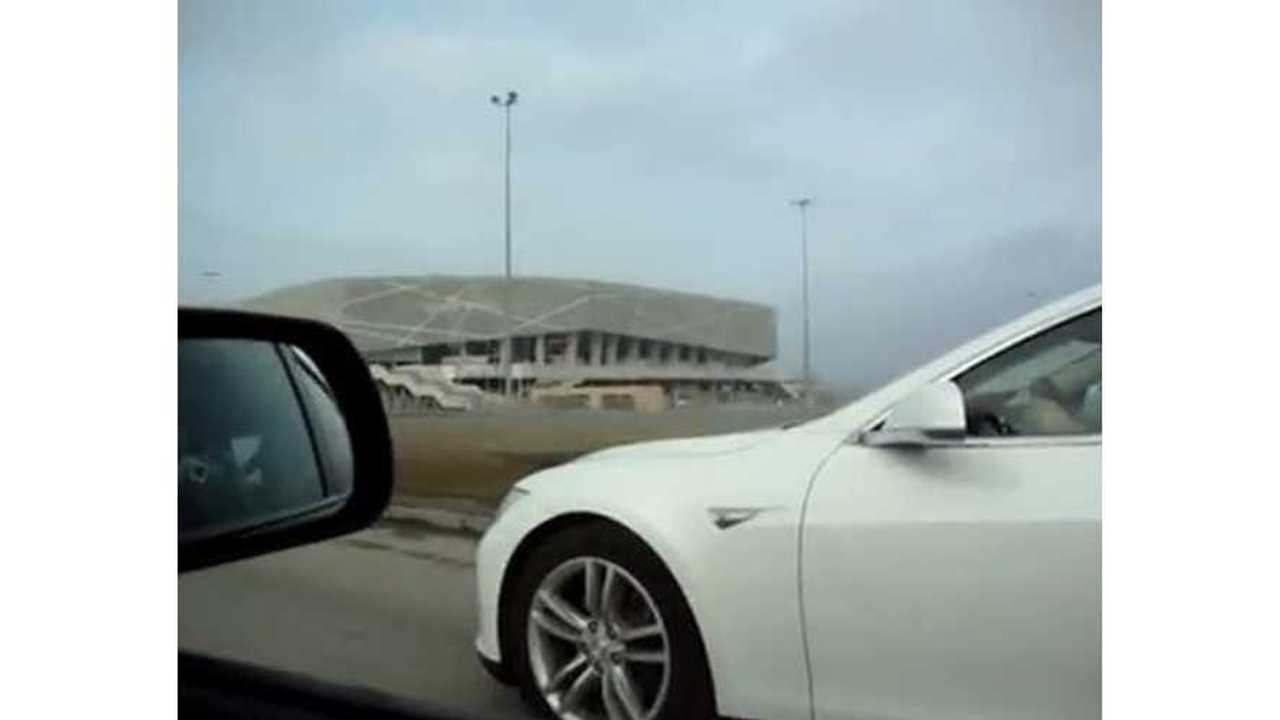 Which vehicles hasn't the Tesla Model S been pitted against?

One answer to that question would be the Mazdaspeed3.

In this particular match up, a 2014 Tesla Model S faces off against a tuned Mazdaspeed3 with a claimed 300 hp on tap.

The race takes place in Lviv, Ukraine and we'll be the first to point out that a bare stock Model S against a highly modded vehicle that's thousands of pounds lighter doesn't seem to be a fair match up.

However, the Model S has that electric-drive benefit.

The result?  Well, you'll have to check out the video to see which vehicle comes in first.