Will the Ampera Live On To See The Next Generation In Europe? 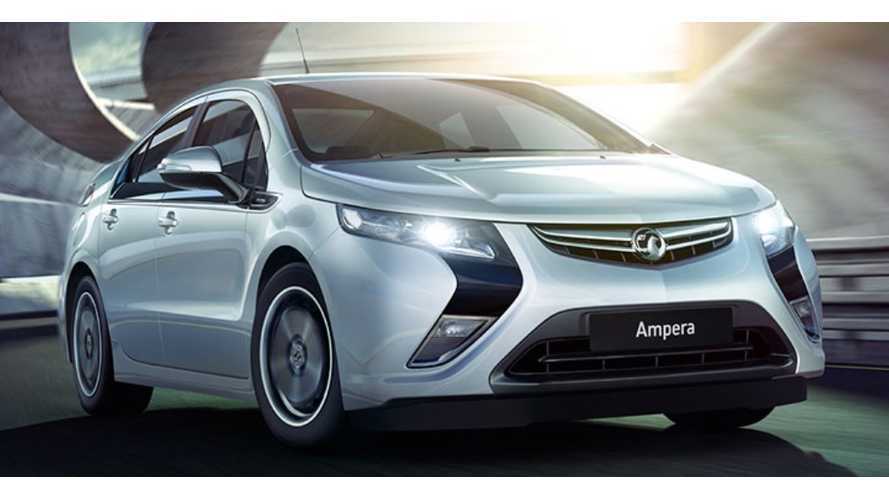 The Ampera Is Certainly An Attractive Version Of The Chevrolet Volt

With the recent announcement that General Motors is fully committed to the next generation of the Chevrolet Volt and two "other" electrified models, the future of the best selling plug-in car in America was secured into the next decade.

But what of GM's European EREVs?  We know the Chevrolet brand is leaving Europe by the end of next year, so it certainly won't be seen in its more familiar Chevy trim; but will the Vauxhall/Opel Ampera brand continue into the second generation as well?

The answer may seem like an obvious yes, as the technology would seem to be at hand.

However the Ampera/Volt combo has largely been a disappointment for GM in Europe, and there is still significant cost to homogenizing the 2nd gen car and re-skinning it to fit Europe - to say nothing about dealing with it as a captive import 4,000 miles away.

With a new vehicle offering now being introduced below the Adam in Europe, and the addition of an all-electric car in that same class in the next 2.5 years, GM no longer needs any help with the EU emission standards that it once might have with the Ampera.

We have long speculated from looking at sales that the Ampera/Volt's days might be numbered in Europe.  Now AutoCar has tracked down a Vauxhall representative to get their reaction on the second generation Volt planned for the US and if the Ampera would also be in line for an upgrade; unfortunately the Euro rep didn't exactly say GM was on board to bringing it across the pond when the time comes.

The spokesperson noted that the car had only been on sale in Europe for three years and that Vauxhall is "fully committed to the Ampera in its current guise" for the UK - which is a long way from saying "yes, we also offer a new and improve Ampera when the time comes."

With Ad Spots Like This How Did The Ampera Not Sell Better?

On the flip side of the conversation, there has been some talk of GM producing a second, shorter range/less expensive extended range vehicle more along the lines of a plug-in Cruze.  If this vehicle saw the light of day, it could well be a replacement option for Europe.

For first 3 months of 2014, less than 250 units have been sold.  Further complicating the matter, it is reported that more than half of all the Amperas sold have been to fleet customers and not the general public.

So, we ask you...will the Ampera live on to see the 2nd generation in Europe?