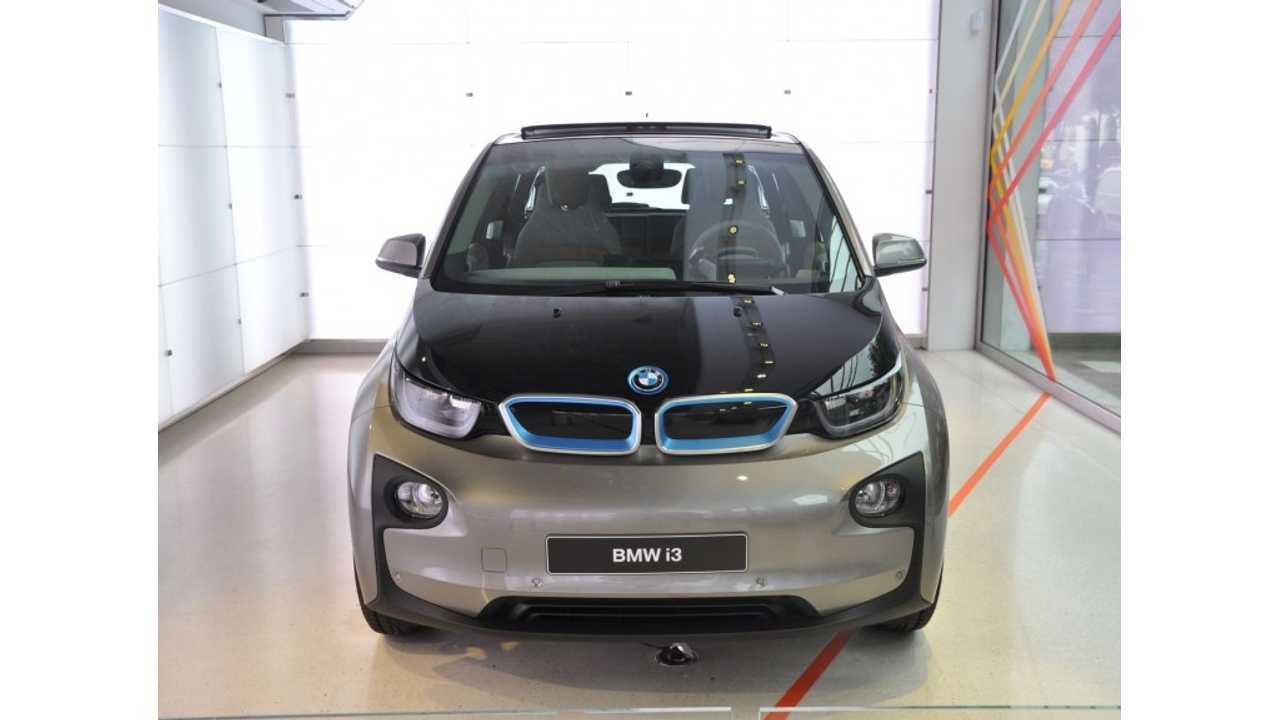 We're not precisely sure why, but BMW has decided to not make available either a sunroof or a moonroof on US-bound BMW i3s.

As a premium automobile, a sunroof/moonroof should at least be made available to US buyers, but BMW for some reason thinks otherwise.

This sunroof feature is available (we believe it to be included with any interior package besides base, though some countries may have slightly different packages) on i3s sold in Europe, so why not let US buyers choose to pay more to let the sun shine in?

Our guess?  It's an MPGe/EPA range thingy.

The added weight of the sunroof, if made standard in the US as we previously expected BMW to do according to press material the automaker released, would lower the i3's MPGe and EPA-rated range ever so slightly.

That bump could be enough to keep the i3 out of the top spot (currently occupied by the Chevy Spark EV) in terms of combined MPGe rating.

And perhaps the added weight would have even knocked down the range by a few miles.

Of course, BMW could make the sunroof optional in the US and then it wouldn't necessarily factor into the ratings, but that's not guaranteed either since the EPA likes to test "typically equipped" versions of various automobiles.