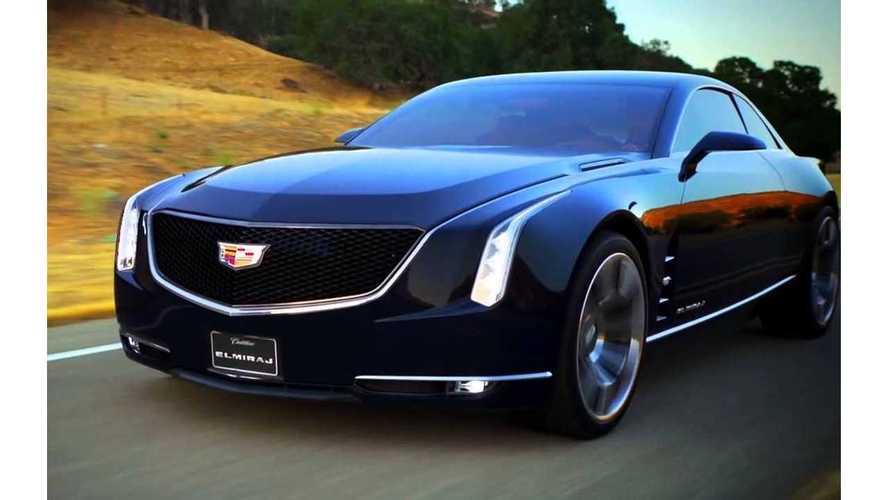 There's so few details on this one that we're left winging it a bit.

Autocar recently snapped some spy photos of a full-size Cadillac sedan that it says will replace the Cadillac XTS.

It's believed that this range-topping Cadillac will be positioned at rivals like the Mercedes S-Class and BMW 7 Series.

Likely to be called the LTS, the large Caddy will be rear-wheel-drive with AWD as an option.  A long-wheelbase version could be offered in the Chinese market.

The LTS's design direction was previewed by both the Cadillac Elmiraj and Cadillac Ciel Concepts.

None of this info excites us.

"As well as offering a range of downsized turbocharged V6 engines to power the model, Cadillac will also offer a hybrid drivetrain with an electric-only mode, as expected by modern executive buyers."

It's believed that the LTS will have a lithium-ion battery pack and be offered as a PHEV.

The first LTS is expected to make its worldwide debut at the 2015 Detroit Auto Show.  It will launch shortly after its debut.

The PHEV version will likely launch a few months to a year after the conventional LTS goes on sale.

To look at spy shots of the Cadillca LTS, follow this link to Autocar.