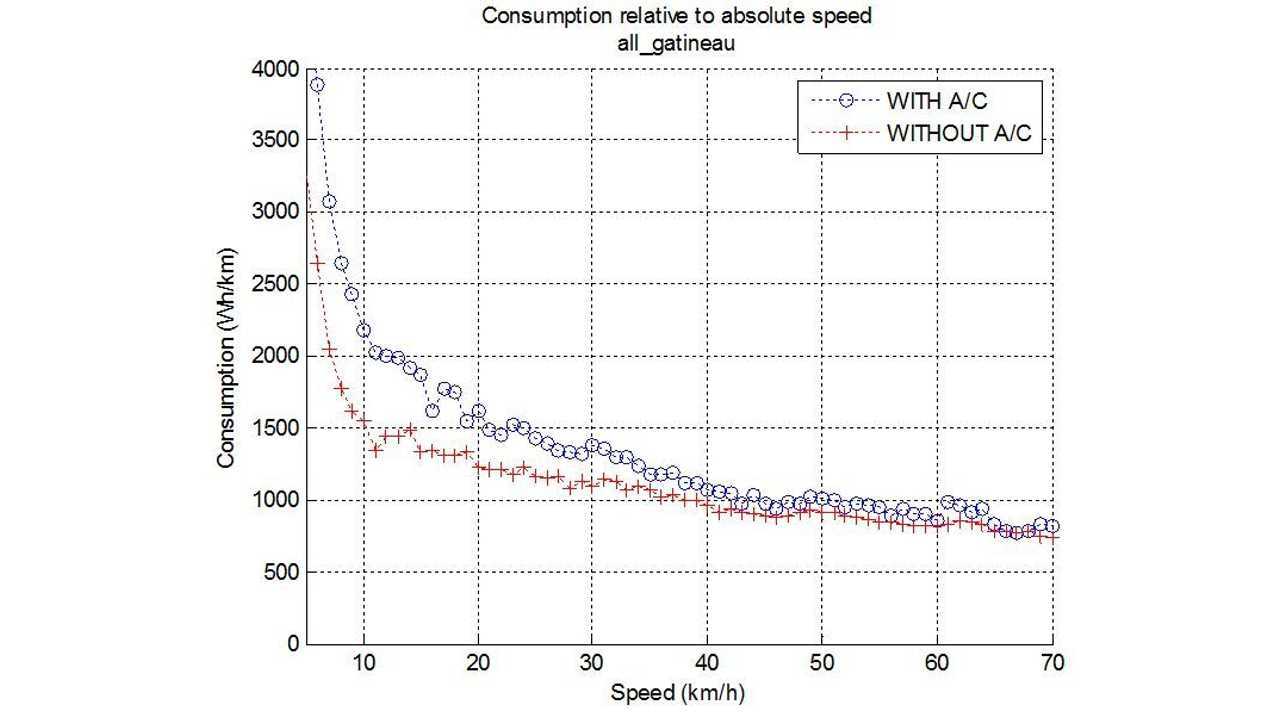 Last month, the first phase of a 10-month trial of BYD electric bus was completed in Gatineau, Quebec and Ottawa, Ontario. Now, it's time for Montreal.

Interesting are the results from the test run of the BYD ebus, which in Canada was equipped with a small diesel heater that supplemented bus-heating in frigid weather.

"The report findings support BYD claims that the bus is incredibly efficient in the use of energy. BYD typically advertises a 250 Km (or 155+ mile) operational range for their 40 foot bus. However, while being driven by an operator who understands the vehicle and how to optimize regenerative braking, BYD claims that the range could well exceed 250 km."

At higher speeds of 70 km/h, the bus was able to drive even more efficiently: 0.75 kWh/ km (equivalent to 1.2 kWh/ mile). This mean that 400 km is possible and the difference between “with” and “without air conditioning” is lessened at higher speeds.

“The BYD electric bus was nothing like anything we had seen or tested before, it was able to run our required 8-hour shift in service with only a night-time single charge at our bus garage. BYD’s bus itself has on-board chargers so that only 60 Kw of grid AC power was delivered at night to the bus through a power interface. This made for very convenient charging of the electric bus so that no peak-rate power was consumed.”