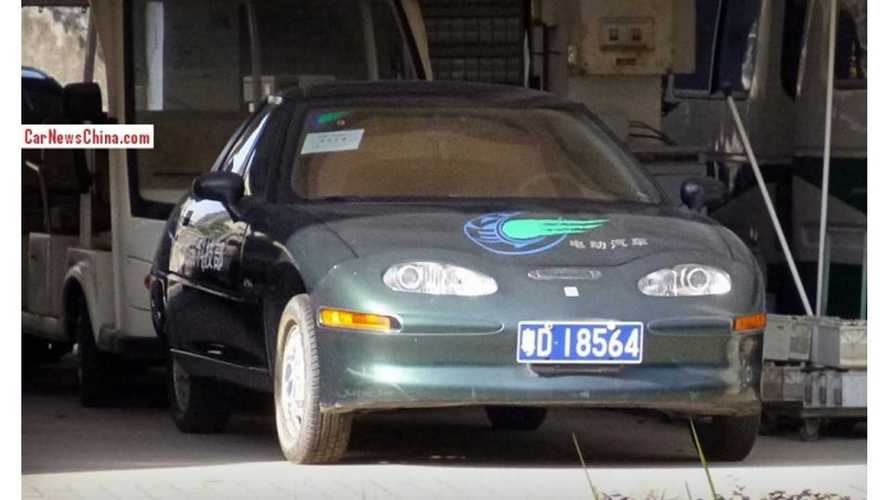 CarNewsChina has turned up a couple of abandoned GM EV1 in China, reported abandoned at a storage facility at the "National Electric Vehicle Experimental & Demonstration Area" near Shantow City in Guangdong Province.

When GM discontinued the EV program back in 2002, all cars out on lease where re-claimed - and subsequently destroyed, that is except for about 40 copies that went to museums and universities - all without activated powertrains (save one fully operational copy at the Smithsonian).

Of those 40 EVs, about 20 were sent overseas - apparently at least 3 went to China, with two of them ending up here.

Why So Many Gen 1 Toyota RAV4 EVs? (photo via CarNewsChina)

As you can tell from the pictures (from CarNewsChina via Weibo users Xarng and SCTpumpkin who published the photos here and here), the EV1s - one green and one blue, are not in the best shape but still seem mostly intact other than some old/flat tires.

They are also riding very high on those tires, which would lead us to believe that the EV1's 1,100+ lb packs have been removed.

There also appears to be a small fleet of Toyota's first generation of RAV4 EVs that were originally made between 1997 and 2003, as well as a Citroen Berlingo EV van.

Check out more pics at CarNewsChina