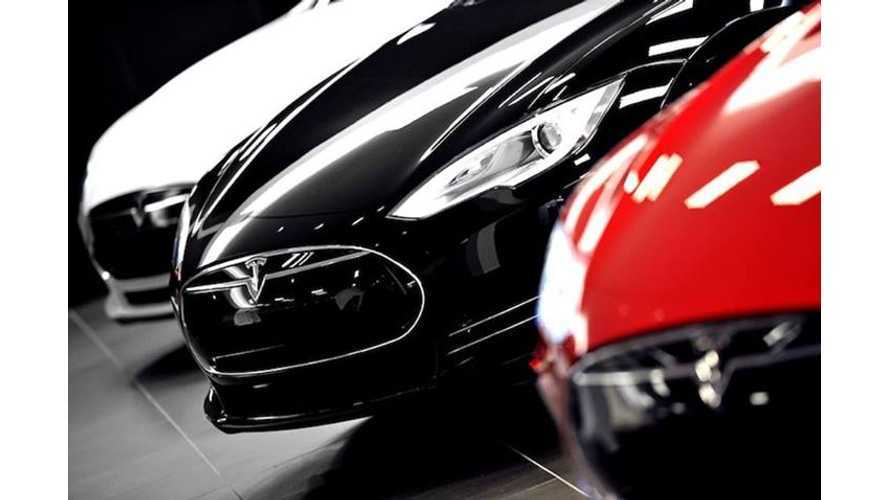 At the 2014 Detroit Auto Show (aka 2014 NAIAS), Tesla's vice-president of corporate and business develop, Diarmuid O'Connel, made a curios statement:

"We don't compete with EVs."

We've been saying for some time now that the Tesla Model S is in a league of its own in terms of EVs.  Now, Tesla agrees.

O'Connel stated that the Model S "was designed to compete with other vehicles in its class such as the BMW 5 series or the Mercedes E-Class or S-Class."

So, that's the target market for the Model S?

If so, then as Motley Fool points out, the Model S slots into a large segment in the automobile world.  According to Motley Fool, here are the 2013 global sales results for the two high selling models mentioned by O'Connel:

Using those figures, Tesla Model S sales have room to grow substantially.  However, we'll note that the Model S costs at least slightly more than both the 5 Series and the E-Class.

Whatever the target segment actually is (E-Class/S-Class...5 Series/7 Series) for the Model S doesn't matter really.