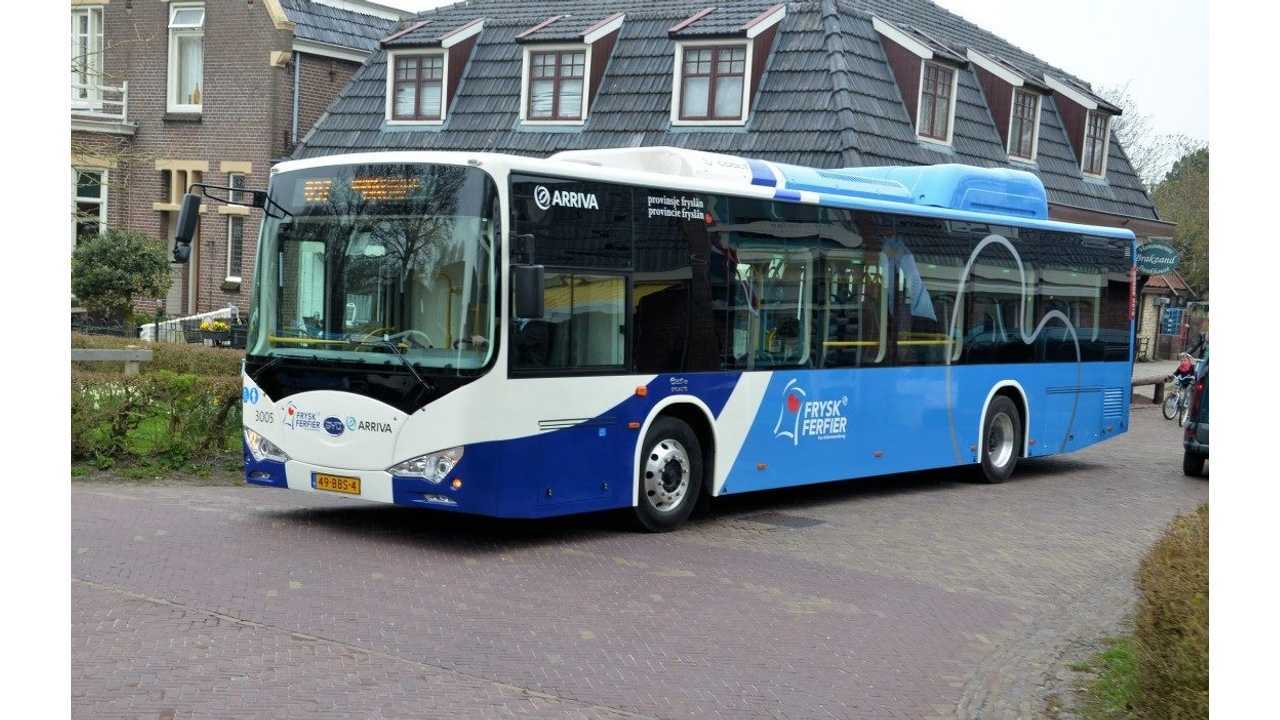 The Dutch island of Schiermonnikoog is the first location in Europe where a whole fleet of buses were swapped out for electric ones.

A public tender was won by BYD, and well over 6 months ago six ebuses were delivered.

This month, the Chinese manufacturer released video from Schiermonnikoog.

The Island is just 16 km long and 4 km wide with about 1,000 residents. Annually, 250,000 people visit Schiermonnikoog and huge part of them will, for the very first time, be driven by electric bus.  The drivers with the behind-the-wheel experience of electric buses.

"April 2013, the national park of Schiermonnikoog in the Dutch province of Friesland was one of the first places in Europe to convert the whole of its public transport system to emission free electric buses. The six vehicles supplied by BYD and operated by Arriva were awarded in Europe's first publicly tendered order for electric-powered full size buses. The buses will provide visitors and residents with an ecologically sound public transport system for the next 15 years."