Colorado Says No to EV Chargers at State Capitol Building 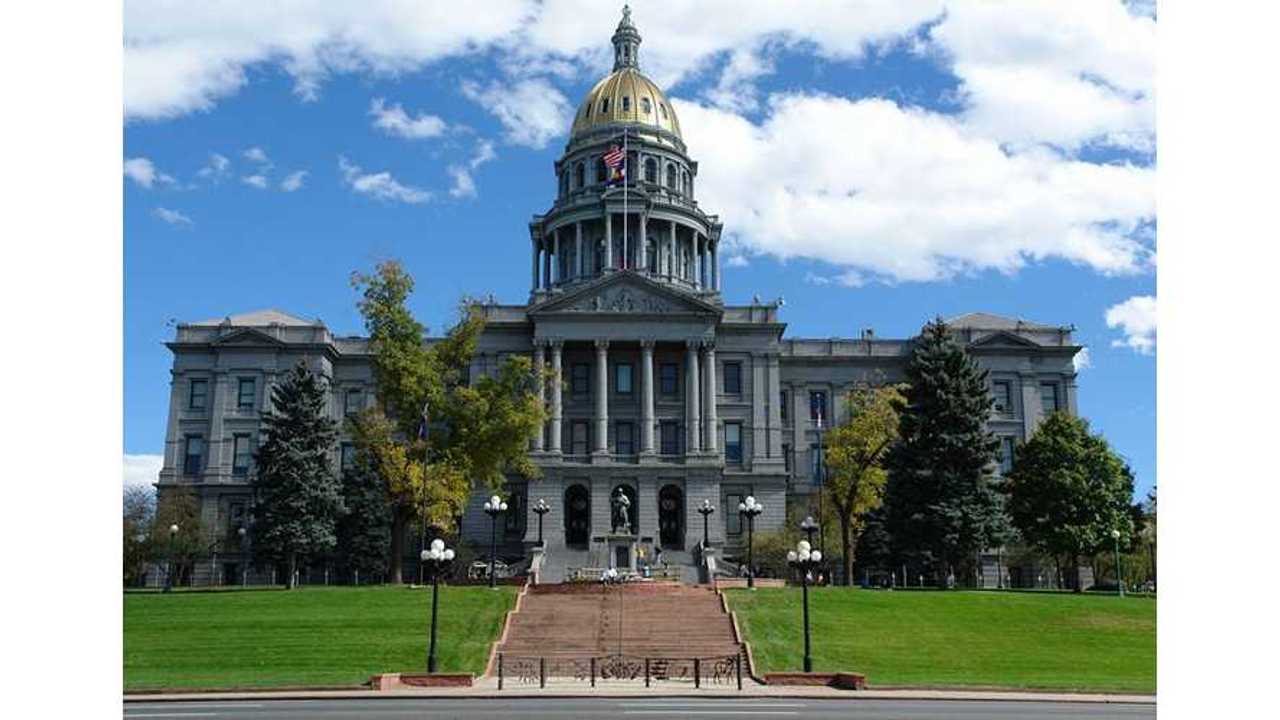 "Electric cars are welcome at the Colorado Capitol – but not the machines used to charge them."

That's the opening line from a recent article published by CBS Denver.

Reserved For EVs and the 3 Lawmakers Who Drive Them

A proposal was put forth recently in Colorado to allows charging stations at the state's Capitol building.  The legislative committee did not approve the proposal.

According to CBS Denver, the committee concluded that:

"...tax money shouldn’t be used if the devices are accessible only to the two lawmakers and one state staffer who now drive electric vehicles."

The Capitol has parking set aside for "100 lawmakers and certain executive officers," according to CBS Denver.  Those reserved spots are used whenever the legislators are in session.  Currently, two Nissan LEAFs and one Chevy Volt occupy three of the 100 parking spots.  The idea was to provide chargers for those three plug-in vehicles and to possibly add more charging stations in the future when there's demand for them.

Electricity would not have been free.  The three plug-in drivers would have been required to pay for, at minimum, the electricity their vehicles consumed.

The proposal outlined a minimum and maximum cost scenario.  Up to $30,000 would have been required to get one dual-point charger and one single-point charger installed.  Supporters of the proposal were going to pursue donations to cover the vast majority of those costs, thereby limiting the amount the taxpayers would pay.

“Putting electric vehicle charging facilities in the parking circle would send a message to citizens that the state of Colorado is serious about offering alternatives."

"The electric car vote was taken in the Capital Development Committee, a panel of six lawmakers who must approve any change to the Capitol grounds. The Committee’s 3-3 tie vote on electric car chargers means lawmakers didn’t give permission for their installation."

"The committee was not asked to commit to buying the chargers, which would have been a separate discussion by others."

We're not entirely sure which side of the fence we sit on for this one, as the chargers would have been installed in reserved parking spots.

We'll leave this one up for you to decide...