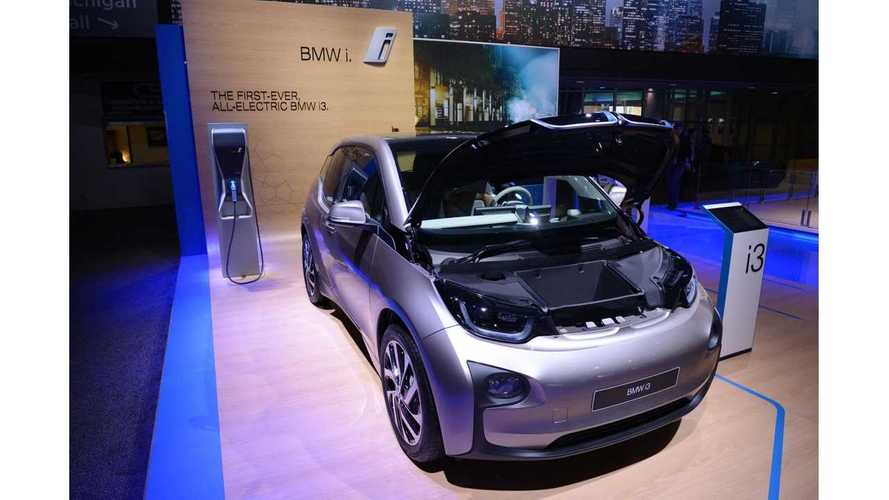 We now finally have an estimate first year sales figure for the BMW i3 in the US: a "couple thousand."

That's according to BMW North America CEO Ludwig Willisch who told Bloomberg that BMW expects to sell a “couple thousand” i3s in the US this year.

“The U.S. will be the biggest BMW i market in the world.  Will we get enough cars in the first year? Probably not.  Again, that’s a nice problem to have.”

A "couple thousand" i3s is certainly not enough to fulfill US demand and we're not so sure it's a "nice problem to have" less vehicles than there is demand for.

BMW could lose sales to other automakers due to an i3 shortage in the US.  We sense that some buyers won't be willing to wait 6 months to a year to get i3 orders fulfilled.

But if asked how many i3s are expected to be sold in the US this year, you now have an answer: a "couple thousand."