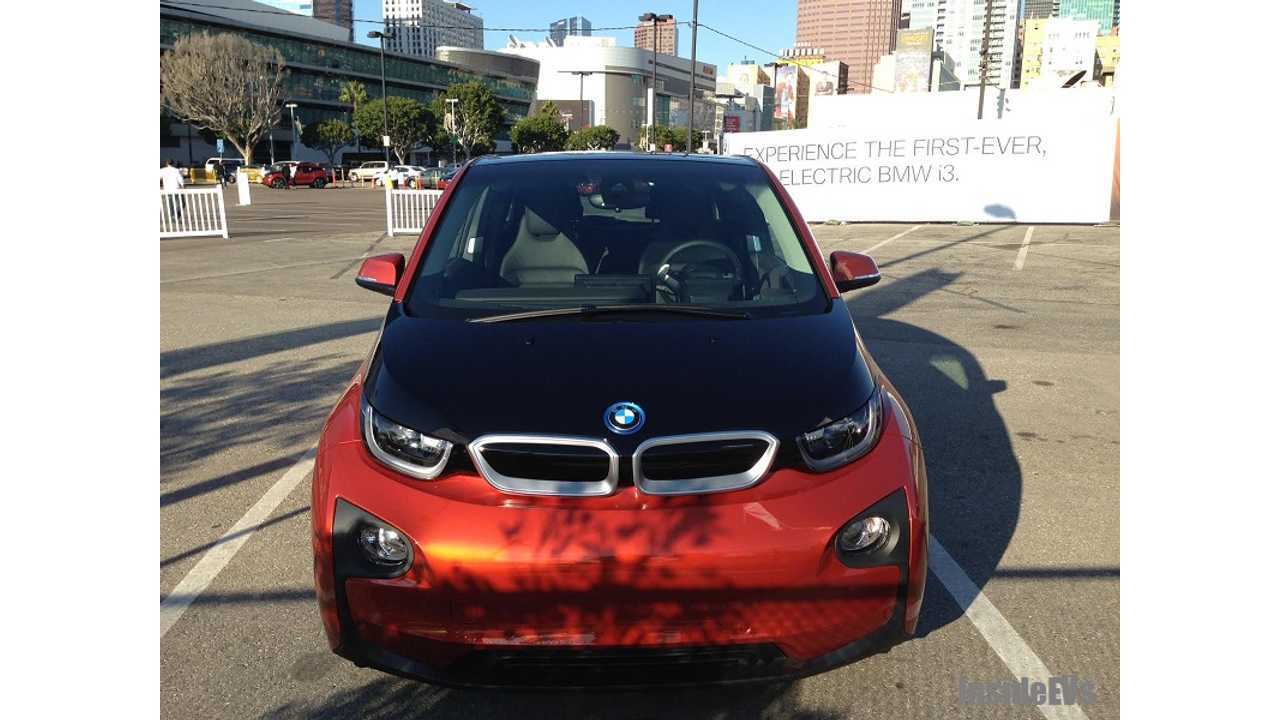 Back in August, Tesla Motors CEO Elon Musk chuckled a bit (seemingly in disappointment) when he was asked to comment on the upcoming BMW i3.  Musk then made this comment:

"I'm glad to see that BMW is bringing an electric car to market. That's cool. There's room to improve on the i3 and I hope that they do."

Musk had hoped that BMW would do the i3 justice by giving it well over 100 miles of range.  However, we know that's not the case with the i3 and, in the mind of Musk, an EV with sub-par range is simply unacceptable.

It was mostly the range of the i3 that led to Musk's laughter, as he believes that mainstream buyers simply have no interest in a vehicle that goes only ~80 miles on a charge.

It took several months, but now BMW is firing back at Musk in a less obvious way.

"You need to look at the whole concept."

"We start off by producing carbon fiber in Moses Lake, Washington, with hydropower. Then we use fully recyclable materials to build the car. We build the car with wind power. So the whole production cycle is fully sustainable."

"...others build electric cars the conventional way...you need to look at the carbon footprint of the whole thing. I would dare say that nobody's at this point in time where we are, as far as the whole production process is concerned."

Note how Willisch avoids taking a direct shot at Tesla?  Business Insider asked Willisch how the i3 compares to the Model S and the words above are what followed.

And again we see the focus being on sustainability.  There's no mention by Willisch as to how the BMW i3 (the vehicle, not the production process, which few consumers care to hear about) is better than the Model S.

In all honesty, the BMW i3 doesn't really compare to the Model S - they are simply two different classes of cars.  These 2 vehicles simply do not compete against each other.  So, perhaps the silly comparisons and jabs should end.