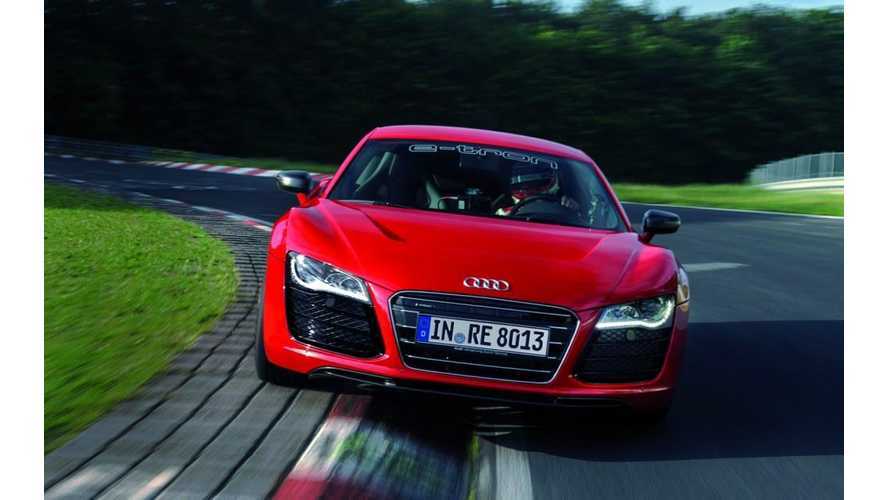 For a Very Short Time, the Audi R8 E-tron Held the Fastest Lap Title For EVs at the Nurburgring

Pack your bags.  You're heading to China.

Van Meel was ousted, says Autocar, for reasons linked to the R8.

Van Meel was removed from Audi's Quattro division and reassigned to "head up the company's new research and development centre in Beijing," reports Autocar.

But the story gets even more interesting.

You see, van Meel was tasked with developing the next-generation R8.  It was supposed to launch in late 2014.  It's been delayed until sometime in 2015 now.  So, van Meel's inability to get the R8 out is part of the reason for his removal from his Quattro position, but wait...there's more.

Audi research and development boss Ulrich Hackenberg has suggested that van Meel's reappointment is further linked to his inability to get the R8 e-tron into production.  The R8 e-tron was on and then off for years now.

When Hackenberg made the decision to moved the R8 e-tron back into development and to ready it for production, van Meel was kicked to the curb, so to say.

Van Meel headed Audi's Quattro division since May of 2012.