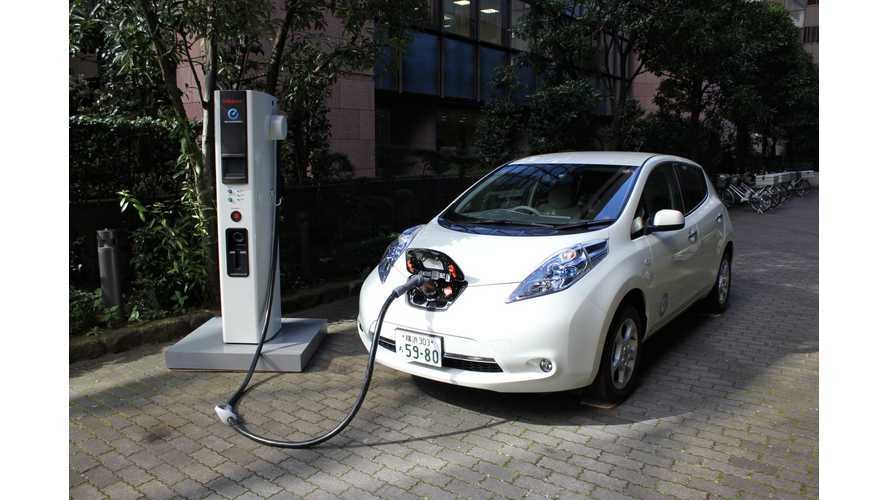 Over 4 months ago, we reported that according to the CHAdeMO Association website there were 3,073 DC quick chargers deployed worldwide.

CHAdeMO Association's goal was 4,000 units by the end of the year.

But January 2014 is now coming to an end and on the CHAdeMO website we see:

"The number of CHAdeMO DC Quick chargers installed up to today is 3,169.

3,169 means that less than 100 were added worldwide since we last covered this 4 months ago going by the associations data.

At such a pace, the goal of 4,000 will not be achieved by even the end of March, which is end of fiscal year in Japan.

We know that there were some new installations in Europe and many in the U.S., as well as a goverment-funded rollout in Japan, so maybe the CHAdeMO Association can not keep up to date its website like Tesla does with its Superchargers today?    This seems most likely.

Typically, CHAdeMO updates were posted monthly or at the time of motorshows, but after NAIAS 2014 we still see 3,169.  Strange, because informing on new installations is in interest of the CHAdeMO Association.