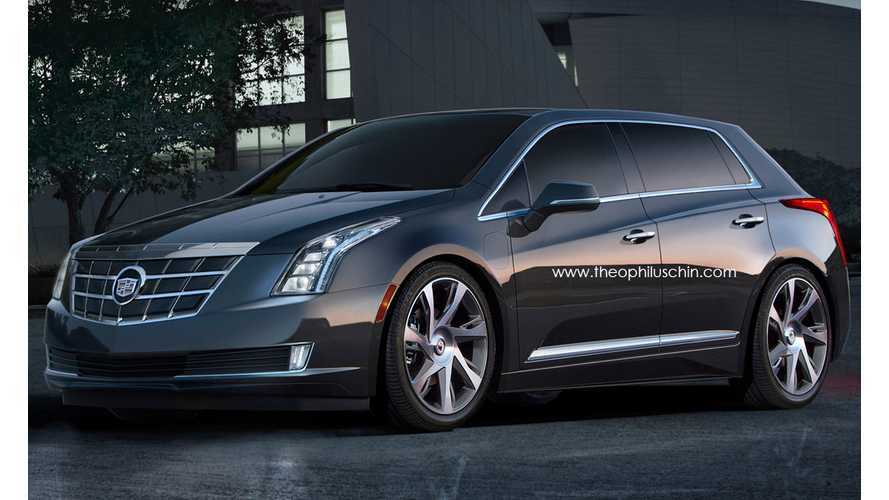 Today's topic is the Cadillac ELR - as a five door.  And while there is no plans to give the actual ELR more Chevy Volt-like accessibility, it is a fanciful thing to see.

Mr Chin says on his website about the creation of the 5-door ELR:

"Wanted to see how the ELR will look in a more conventional 5-door shape; as an indirect rival to Nissan Leaf. Personally I am not happy with the rear rendering. I can’t figure out what went wrong but it’s just rather poorly rendered. Is it the proportion?"

General Motors has also done a little 5-door design work on the Chevy Volt's platform themselves in the past - in the form of the Chevrolet MPV5 Concept.