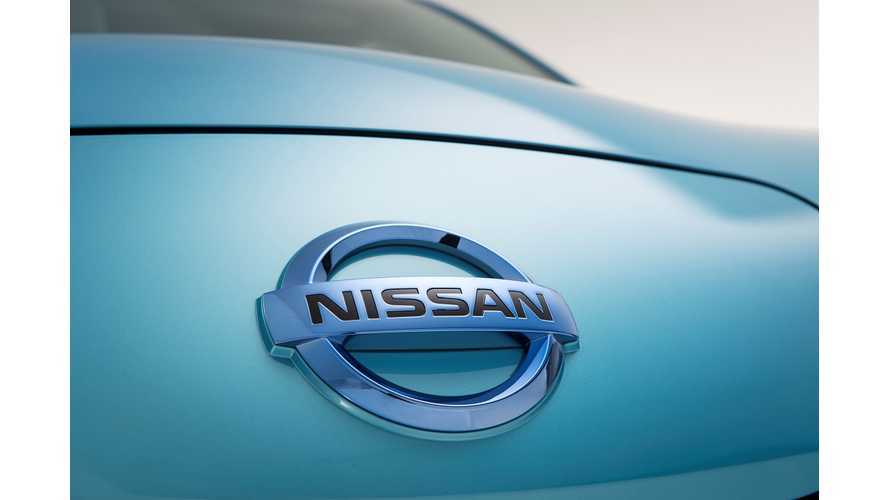 Nissan announced that together with its affiliate Nissan Arc Ltd. and a whole bunch of universities in Japan - Tokyo University, Kyoto University and Osaka Prefecture University - it has developed the world's first analysis method that enables direct observation of electron activity in the cathode material of lithium ion batteries during charging and discharging.

According to Nissan, this method is highly important and could lead to better optimization of cathode material in lithium ion to increase both durability and energy density - maybe by as much as 50%.

Sounds interesting and hopefully the fruits of this development are just around the corner.

"Can the battery performance of electric vehicles be improved by observing electrons? Nissan sought an answer to this question through an advanced research project in partnership with universities in Japan. The result: Nissan Motor Company and its affiliate Nissan Arc Ltd. today announced the development of the world's first analysis method that enables direct observation of electron activity in the cathode material of lithium ion batteries during charging and discharging. Applying this analysis technique to future research and design of battery materials could enable Nissan researchers to develop high-capacity and high-durability batteries that may extend the driving distance of zero emission EVs and improve their durability."

“Creating this analysis technique was a major step toward the further development of high-capacity, next-generation lithium ion batteries. It will play an important part in our future R&D aimed at extending the driving range of future zero emission vehicles."

To understand how this new method works, here's Nissan attempting to describe it themselves:

The newly-developed technique provides an accurate depiction of how electrons are emitted from certain elements that constitute the cathode material of lithium ion batteries when charging and discharging.

In order to develop high-capacity, long-life lithium ion batteries, the maximum possible amount of lithium must be stored in the electrode's active material, which allows it to generate the highest possible number of electrons. To develop such a material, an accurate reading of the electron activity inside the battery is essential. Existing analysis methods did not allow researchers to observe the movement of electrons. It was not possible to determine how the various electrodes' active material — i.e. manganese (Mn), cobalt (Co), nickel (Ni), oxygen (O) — were emitting electrons and how many electrons were actually being emitted.

X-ray absorption spectroscopy had been used in the past to analyze batteries. However, the majority of this analysis was done using K-absorption edges that can only observe restrained electrons in the atom (electrons that are not involved in the charging and discharging due to the vicinity to the nucleus) and not the actual electrons involved in cell reaction. By applying x-ray absorption spectroscopy that utilizes L-absorption edges, electrons that were directly involved with the cell reaction can be observed. Accurate analysis of the amount of electron mobility is made possible by combining the observation results with first principle calculations from the Earth Simulator supercomputer.

For years scientists have wanted to understand the origin of electrons during charging and discharging, and this newly-developed analysis method finally makes it possible. Scientists can observe the exact phenomenon inside a battery cell, especially the behavior of active materials of electrodes, permitting further study of better-performing, longer-lasting electrode materials.

Nissan Arc has used the new analysis technique to investigate lithium-rich high-capacity electrode materials which are considered promising agents to increase energy density by 50 percent. The analysis revealed that at a high potential state, electrons originating from oxygen were active during charging. Meanwhile, electrons that originated from manganese were observed to be active during the discharge reaction. These findings were a big step forward toward the commercial development of lithium-rich electrode materials which can produce higher-capacity, long-lasting batteries.