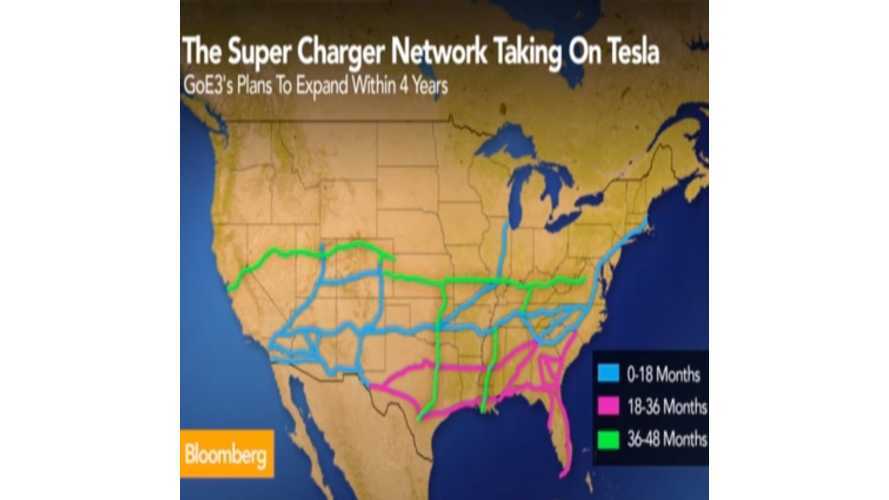 The GoE3 startup is preparing a huge charging infrastructure project for the U.S. and was recently covered by Bloomberg.

Coast-to-Coast quick chargers will be deployed in three stages. GoE3 plans to build 1,250 points in 4 years and spots are intended to be compatible with all three major standards - CHAdeMO, Combo and Tesla to not exclude anyone. We assume that there will be few different chargers at each site. We don't know how GoE3 will deal with Tesla to use their proprietary standard and how it will convince drivers to use it and pay.

Below video: interview with GoE3's founders, who have both put reservations down for the upcoming Tesla Model X:

1,250 station installations, like the one demonstrated below at Bookmans in Tucson, Arizona, will require over $60 million in investments; provided this $50,000 assumption per site is correct.

Many locations will be with existing filling stations.

So, the concept has been presented, now while we wait for execution. Spend some time watching the YouTube channel of GoE3 and wonder if this project has a chance to succeed and let us know what you think.