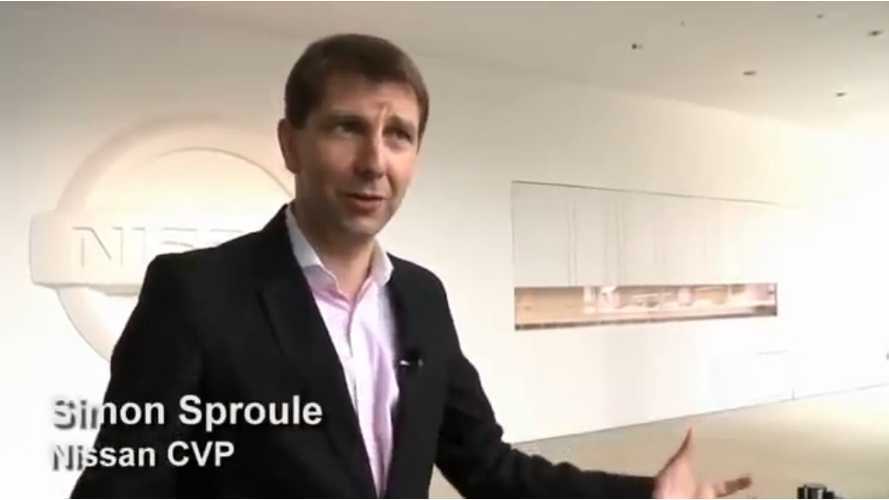 Simon Sproule, who was director of communications for Renault-Nissan, has said he will now become the Vice President of Communications and Marketing for Tesla Motors beginning this April.

The fact that this hire comes from Nissan-Renault, the runaway leader when it comes to selling pure electric cars, has not been lost on the media who are heralding this as Tesla's announcement of arriving as a "global auto maker," and who are now looking to unseat Nissan as number 1.

Behold The Hand Of Tesla Corporate Communication and Marketing - 'Mr. Musk? Perhaps visiting a Acura dealership during a Nightline interview to ask them about your car isn't a great idea...and we shouldn't speak of this ever again'

But truthfully, Mr. Sproule is probably taking up one of the most difficult positions with the Palo Alto based company; heading up a department of non-existence at Tesla.

To say that Tesla corporate is a poor communicator of any information of value would be an understatement.  While random bits of information flow out of CEO Elon Musk's mouth akin to what you would expect from his superhero alter-ego Tony Stark, any corporate communication itself is practically non-existent, and they seem at times to just be there just to clarify earlier statements by Musk.

As an example of Tesla's corporate communication in action.  Mr. Sproule made the announcement himself on Tuesday.  And when Tesla was asked about the hiring by Bloomberg a day later, a Tesla spokeswoman - Liz Jarvis-Shean "confirmed the hiring and declined to elaborate."

As for the other half of Mr. Sproule's new job - marketing at Tesla.   The former Nissan employee is leaving a company that had a advertising budget of $2.23 billion dollars over the last full year...Tesla didn't even have an expense line for that sort of thing on their last annual report (Tesla's 10-K can be found here).

In real dollars Tesla claimed $9 million for "advertising, promotion and related marketing expenses" in 2013.  Essentially, the marketing department at Tesla is basically Mr. Musk himself; and he does a darn fine job at it.

So, while we hope Mr. Sproule brings some of that selling magic from Nissan to Tesla (Nissan sold 7.25 million cars to Tesla's 22,477 in 2013) or maybe gets a little bit of a advertising budget to work with, we certainly are glad we don't have his job; as he doesn't have a lot to work with.

Video Below:  Mr. Sproule talks about the "Brand Journalism" he will for sure be bring to Tesla Motors from the 2013 Global PR Summit